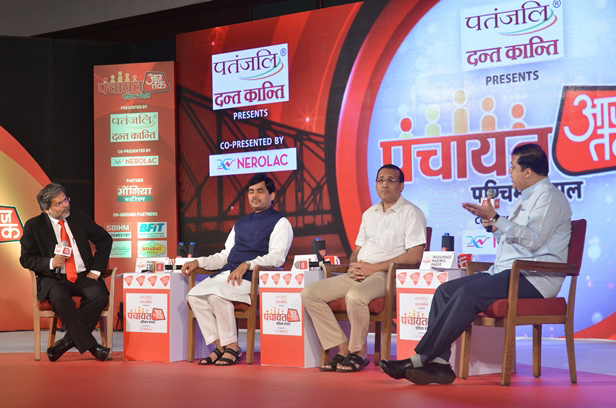 Images of Mamata Banerjee wearing a burqa and offering symbolic namaaz were among the top reasons cited by political pundits in ‘Didi’ getting closer to minorities in the 2011 West Bengal election. “Today, I say not dua, Didi needs dawa…The state of Muslims in Bengal is very poor. Just look at Hajj pilgrim numbers from the state. That indicates how the Muslims are unable to save money and are probably among the poorest in the country,” Hussain said in a session hosted by Aaj Tak here.

Stating that ‘Vikas’ of India cannot be without Muslims, the national spokesperson of BJP said that the Gross Domestic Product (GDP) of the country cannot grow if Bengal lags and Muslims being a large community in this state cannot be left behind.

Referring to the Malda communal clashes in Bengal, Hussain said: “BJP does not use such events to get votes but got involved with the issue because a police station was burnt and anti-nationals were being protected. This cannot be allowed to happen.”

With TMC MP-RS Mohammed Nadimul Haque looking on, senior CPI(M) leader Fuad Halim asked Hussain how many Muslim candidates have been fielded by the BJP in Bengal polls. In a quick retort, Hussain said: “How man Muslim leaders pictures are there is CPI(M) office? You have Lenin and Stalin. Can I say that not keeping images of Muslim leaders in your office is an indication of how distant you are from this community or the country itself? We have fielded quite a number of good candidates in Bengal polls. We will field more if they win, not just because they are Muslims. Just wait and watch this time BJP will emerge as a major force in this state.”

When Aaj Tak Executive Editor Puna Prasun Bajpai asked TMC’s Nadimul Haque why noted Bangladeshi writer Taslima Nasreen still has no place in Bengal, the politician said: “If she creates a law and order situation, she has no place here.” Nasreen, who has lived in exile for many years now, was forced to leave her ‘adopted city’ Kolkata in 2007 during the tenure of Left government after a section of Muslims caused chaos in the city.”
Referring to the controversy surrounding ‘Bharat Mata Ki Jai’ slogan, BJP’s Hussain said that uttering these words do not make anybody communal. “This slogan is said out of love,” he added.

However, TMC’s Nadimul defended those who dont want to say ‘Bharat Mata Ki Jai’. “If they say on their own its good. But you cannot force anybody. Forcing is completely wrong.”