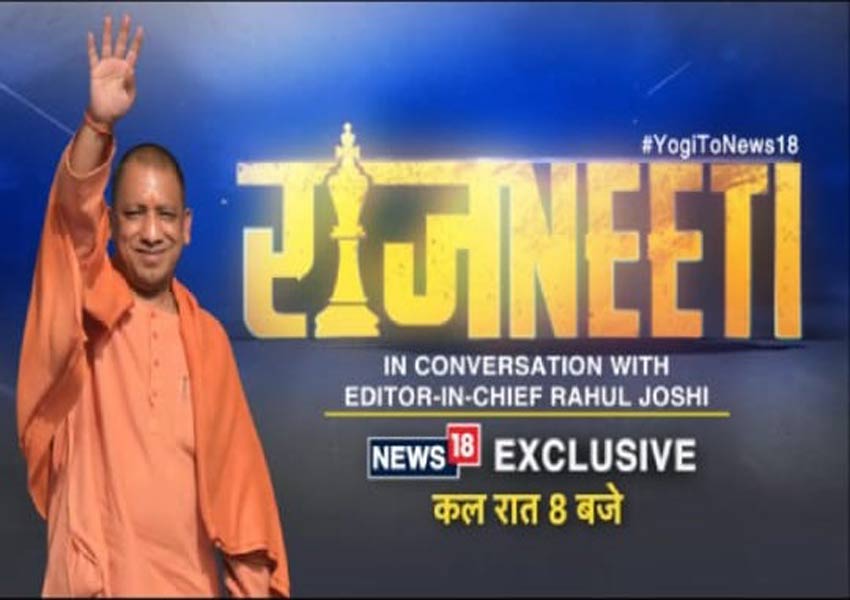 September 2019 marks the halfway mark of Yogi Adityanath’s term as Chief Minister of Uttar Pradesh. Reminiscing over his government’s tenure till now, BJP’s firebrand leader will speak exclusively to News18 Network. In a freewheeling conversation with Rahul Joshi, Group Editor-in-Chief of Network18, the Chief Minister will talk about a range of important issues that matter to the most populous state of India.

The interview will be set in the Gorakhnath Mandir in Gorakhpur and will feature CM Yogi Adityanath, in his most candid discussion till date. The interview will not only take stock of key policies, economic and political developments in the state, and the evolving social-cultural dynamics of Uttar Pradesh amongst others but also dwell upon personal facets of the Chief Minister.

The interview will be aired in a special episode of the Network’s popular interview series – ‘Rajneeti’ on 19th September, 2019. The interview can be watched on News18 India, News18 Madhya Pradesh- Chattisgarh, News18 Rajasthan, News18 Uttar Pradesh- Uttarakhand, News18 Bihar- Jharkhand, News18 Punjab- Haryana-Himachal and CNBC Awaaz at 8 pm and on CNN-News18 at 10 pm.

This Social Media Day, follow these tips to keep your profile safe