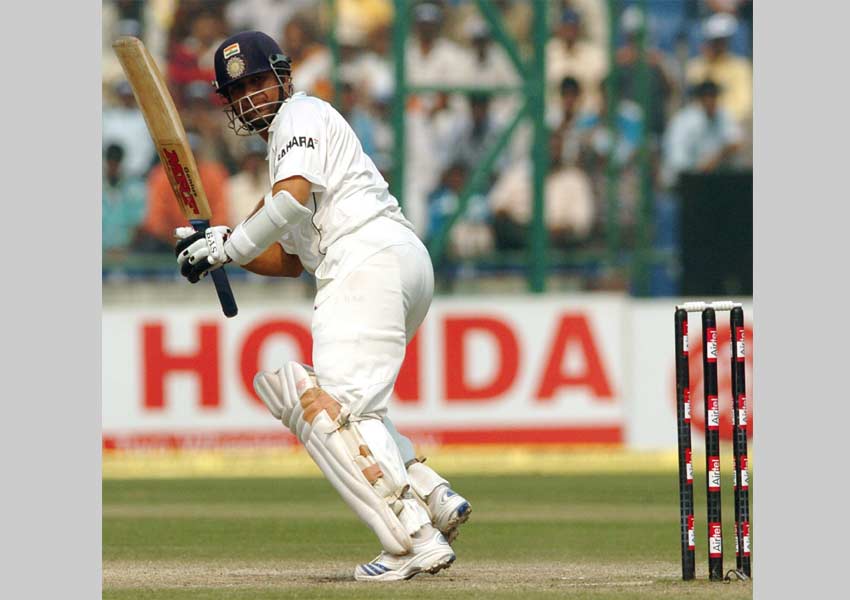 In October 2013, Sachin Tendulkar announced his retirement from cricket after playing for India for 24 years. Over his career, the five-foot-five batsman established himself as one of the sport’s all-time greats. Because of this, the now 47-year-old has significantly impacted India’s cricket outlook. So, let’s take a look back on Tendulkar’s career and consider his influence on the South Asian country.

It’s a testament to Tendulkar’s global influence that he was once on TIME’s 100 Most Influential People list, as per Jagran Josh. Relative to India, however, The Hindu reports that the former batsman was named as the most influential person in Indian sports back in 2010.

Following his retirement, the former Mumbai Indians batsman remains relevant within contemporary Indian society. This is showcased through his role as a brand ambassador for Luminous Power Technologies. Moreover, he also featured in the award-winning mini-series, Sparks.

Tendulkar’s emergence was, at the time, symbolic of India’s desire to prove itself on the world stage. In an article by the BBC, the record-holding batsman adopted the role of inspiring the country’s next generation. Because of this, Tendulkar forged a deep bond between himself and the Indian people.

The impact of this relationship saw the Bombay-born star influence mainstream developments, particularly surrounding diverse aspects of gaming. Sachin Saga Cricket Champions is a mobile creation that allows fans to step into their icon’s shoes. To date, as per the game’s official website, the title has been downloaded 14 million times.

Additionally, his cultural influence has been a factor behind online casino and betting operators catering to the desires of Indian audiences. At Royal Panda, for example, a casino that offers cricket betting for players in India, prospective users can bet on the Indian Premier League, where Tendulkar competed with the Mumbai Indians, as well as one-day internationals and test matches.

One of the Best of His Era

At the time of writing, Tendulkar is the all-time leader in test-match runs with 15,921, according to ESPN Cricinfo. Statistically, this places him ahead of other highly-regarded batsmen, including Jacques Kallis, Ricky Ponting, and Brian Lara. Across 200 test matches, the Little Master registered a batting average of 53.78. In the sport’s history, no competitor has boasted more centuries than Tendulkar. The record books show that the now 47-year-old has 29 more centuries than Ponting, the second-highest 100-points scorer.

In addition to his record-holding runs tally, Tendulkar’s longevity separates him from other world-renowned players. For example, Ponting and Kallis played for 17 and 18 years, respectively. Although the former Mumbai batsman lost his edge towards his career’s latter stages, he was still scoring international centuries a year prior to his retirement.

Due to his on-field performances, the 47-year-old gained the respect of his peers. The Times of India reports that Brett Lee, a former Australian pacer, named Tendulkar as the sport’s best batsman. Although he is perhaps not as complete as Kallis, the Indian’s point-scoring credentials speak for itself regarding batting.

Although the superiority of his all-round game is debatable, his individual awards recognize his undeniable talents. In the 2003 Cricket World Cup, Tendulkar claimed the Player of the Tournament accolade. Furthermore, he later received the I.C.C Award for the Cricketer of the year in 2010.

A Sportsman That Become an Icon

Throughout all sports, few participants develop a reputation that surpasses their athletic contributions. However, this is true of Tendulkar. While the bulk of his legacy centers around his century-scoring abilities, he’s become an icon of Indian culture as opposed to just a world-class batsman. Although his retirement signaled the end of a golden era, the local hero, as ESPN Cricinfo’s book title suggests, is the man that cricket loved back.