ShortsTV celebrates one year at the British High Commissioner’s residence 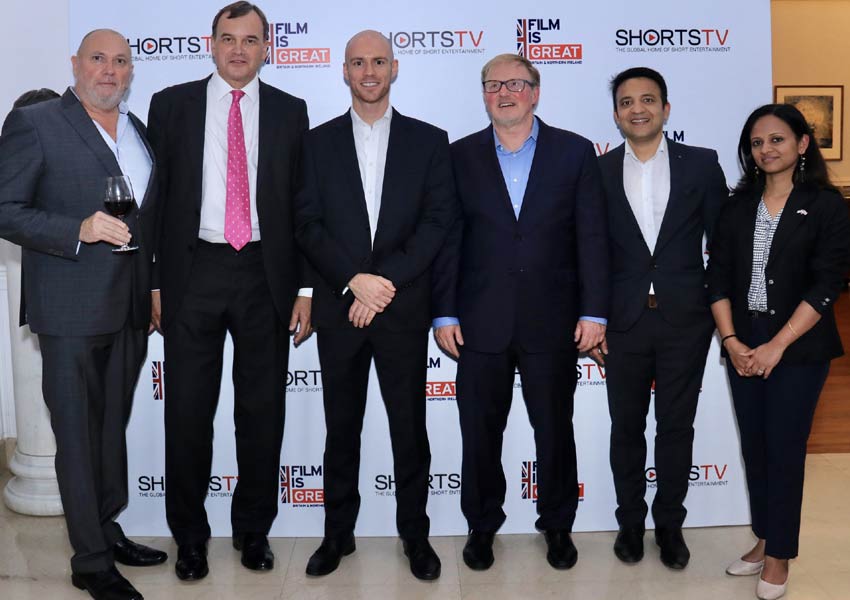 Debuting in India in 2018 exclusively on Tata Sky, ShortsTV has been one of their fastest growing services in its first year of operations in India. It is now available across most of India’s major DTH platforms, including Dish TV, d2h and Airtel Digital TV, reaching over 60 million households, which represents 85% of the country’s satellite TV market.

Speaking on the one-year anniversary in India, Mr. Carter Pilcher, Chief Executive of ShortsTV, said, “We are thrilled to celebrate our first year of bringing ShortsTV to India. We couldn’t have done it without our great partners Tata Sky, who helped us to get launched, and Royal Stag Barrel Select Large Short Films for their support in getting great movies out. I’d also like to thank our new partners where we launched last month – Airtel Digital TV, Dish TV and d2h. Our mission is to bring to the world the highest quality short entertainment on the face of the earth. India is our most important market and we launched with 30% of our catalogue being made in India. By next year 50% of short films aired on ShortsTV will be Indian made. That is 400-500 hours of Indian short films that we will be launching on television.”

Commenting on the success of ShortsTV in India, British High Commissioner to India, Sir Dominic Asquith KCMG, said, “We see a lot of traffic back and forth between the UK and India across business, investment and technology, but the creative collaboration is sometimes less visible. Within a year of launching in India, UK-based ShortsTV has brought short films by Oscar nominees and winners to over 60 million households here. I look forward to seeing how their ambition to increase collaboration with Indian filmmakers opens up new opportunities for Indian-made short films at the Oscars.”

ShortsTV is pioneering a new type of entertainment in India: highest quality, entertaining movies from leading Indian and international talent in short form, and audiences have taken note.  ShortsTV’s depth of films is unrivalled, drawing from a growing catalogue of more than 13,000 Indian and international short movies. Top of the list are award-winners from all the biggest international award franchises: Oscars, BAFTAs and Cannes and the biggest Hollywood and Bollywood stars: Benedict Cumberbatch to Jackie Shroff and Judi Dench to Radhika Apte. Furthermore, the ShortsTV India catalogue brings the  best of Indian short films from leading producers, including Royal Stag Barrel Select Large Short Films, Terribly Tiny Tales, Whistling Woods and Humara Movies.

The ShortsTV service is available ad-free on Dish TV and d2h as ‘ShortsTV Active’ (channel 135), on Airtel Digital TV as ‘Airtel ShortsTV’ (channel 259) and on Tata Sky as ‘Tata Sky ShortsTV’ (HD channel 112 and SD channel 113).

In addition, ShortsTV is the exclusive distributor of the annual Oscar Nominated Short Films theatrical release, bringing them to Indian cinemas for the first time this year with PVR Cinemas. They also founded the Best of India Short Film Festival, which received over 3000 entries and aims to qualify more Indian short films for Oscar consideration.

Tags:
Previous Article
Tara is back with Season 5 of The Tara Sharma Show on Star World
Next Article
Prime Video announces for Season 2 of The Family Man