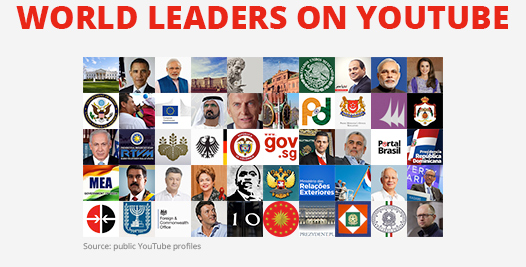 Nearly 77 percent of governments worldwide have an official presence on YouTube, and the majority actively use the platform, posting a total of nearly 200,000 videos to date, according to a new study by Burson-Marsteller, a leading strategic communications and global public relations firm. The World Leaders on YouTube study, based on research carried out in March 2016, shows that 148 of the 193 United Nations member states maintain an official YouTube channel. The findings form the third installment of the 2016 edition of Burson-Marsteller’s annual Twiplomacy study, which analyzes how world leaders and governments use social media to engage citizens.

“World Leaders on YouTube is the first study to look at how political leaders around the world are using YouTube as a communications tool to reach the public,” said Donald A. Baer, Worldwide Chair and CEO, Burson-Marsteller. “The extensive use of YouTube by world leaders emphasizes the growing power video content is playing in the communications field and the increasing shift in efforts to get messages across to audiences around the world. Video is now a central component of any successful communications campaign.”

While YouTube is a well-established social media platform – then-Senator Barack Obama was the first world leader to share a video on the site nearly ten years ago – governments mainly use the platform as a one-way channel rather than as a medium to engage with communities. While some leaders communicate live on the platform and answer questions, others have disabled the comment, like and dislike functions, using YouTube mainly as a video archive and search engine.

Some of the most popular videos on YouTube are those that provide more entertainment than information value. The most viewed YouTube video of a world leader is a 2007 clip of then-Senator Obama and American comedienne and television host Ellen DeGeneres dancing to Beyoncé. In 2008, Jordan’s Queen Rania posted a humorous Top 10 list detailing why she launched her own YouTube channel. Counting down the reasons, she explains “because anything Queen Elizabeth can do, I can do better” and “because I was tired of people thinking Jordan was just a basketball player.” Other fun posts include world leaders such as the President and Prime Minister of Malta participating in 2014’s Ice Bucket Challenge to raise money for Amyotrophic Lateral Sclerosis (ALS). The White House even posted an April Fool’s Day prank in 2013 featuring Robby Novak, better known as Kid President, holding a mock press briefing titled “A Special Message from the President.”

The popularity of the video sharing platform as a tool for digital diplomacy is underscored not only by the high percentage of world leaders who are present, but by the astonishing 1.2 billion video views the channels of world leaders have generated. “This study illustrates that governments are ready to communicate across all the key social media platforms,” said Jeremy Galbraith, Burson-Marsteller’s CEO, Europe, Middle East & Africa and Global Chief Strategy Officer. “Communicating effectively and being able to cut through the noise has become more difficult. Video offers an opportunity to illustrate a message visually and creatively, and has therefore become critical to all communications today – and the world of politics is no different.”

The White House also leads the most engaged ranking, with more than 3.5 million comments, likes and dislikes on its videos. Barack Obama follows with 2.2 million interactions and Narendra Modi with 600,000 interactions. 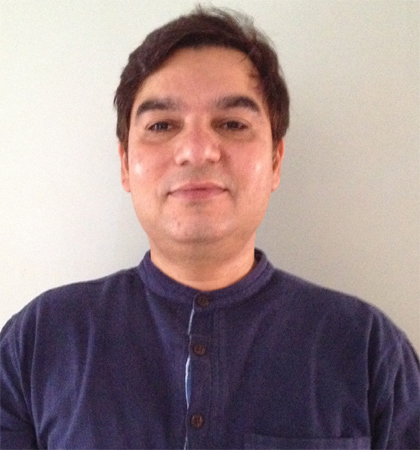