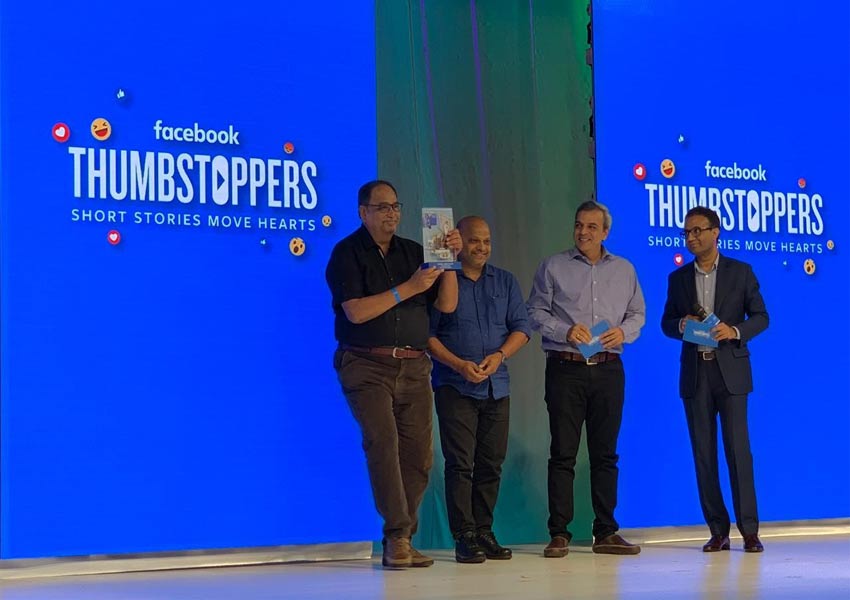 Wunderman Thompson India has reason to celebrate as 5 of its creative minds won at Facebook India’s inaugural Thumbstoppers Summit hosted last evening. The 5 winners felicitated at last night’s event included Shibnath Sen, Samriddhi Shah, Yashaswini, Nuzhath Enayath and Ravi Mishra, out of which veteran senior creative director Shibnath Sen and junior copywriter Samriddhi Shah will travel to Cannes next year. Touted as the biggest platform in Asia for creativity in mobile advertising, ‘Facebook Thumbstoppers’ summit saw the coming together of some of the best creative talent from across Asia which included 500+ top creatives, marketers, production houses, and media companies. The event was also attended by leading Bollywood directors Kiran Rao and Zoya Akhtar and rapper Naezy who shared their insights on creativity and mobile video advertising.

Launched in May this year, Facebook’s Thumbstoppers format was created to help brands redefine storytelling in mobile video advertising with stories that evoke emotions under 10 seconds to change human behaviour. Wunderman Thompson India has worked closely with Facebook, film director-producer Kiran Rao and ad-filmmaker Prakash Verma to help pivot the advertising and marketing communities to embrace mobile-first storytelling. With participation in the challenge from more than 3500 creative scripts across 4 categories, top 16 films have been produced by Facebook and the top 4 winners travel to Cannes 2020.

Commenting on the wins Tarun Rai, Chairman & Group CEO, Wunderman Thompson South Asia, said, “It was a great night for Wunderman Thompson with five winners out of a total of sixteen – the largest number, by far, from any agency. It shows the depth of creative talent we have at the agency and also the diversity of our talent – whether it is gender diversity or age and experience. Congratulations to all the winners! We are a new breed of agency and I am happy to see a new breed of talent shining through. And of course, it was great to see Shibu amongst the winners – still young at heart.”

Senthil Kumar, Chief Creative Officer, Wunderman Thompson India, further added, “5 out of 16 winners in the Facebook’s Thumbstoppers Challenge demonstrates the creative firepower at Wunderman Thompson India. The fact that we have the youngest and the oldest winners going to Cannes 2020 proves that creativity is never dated. It’s been a Thumbstopping HeartMoving journey for the team over the last 6 months.”

Top 5 Ideas On What Is The Perfect Gift For Beloved Moms!
MediaInfoline Jan 20

Top 5 Ideas On What Is The Perfect Gift For Beloved Moms!