Film Darklight adds another feather to its cap 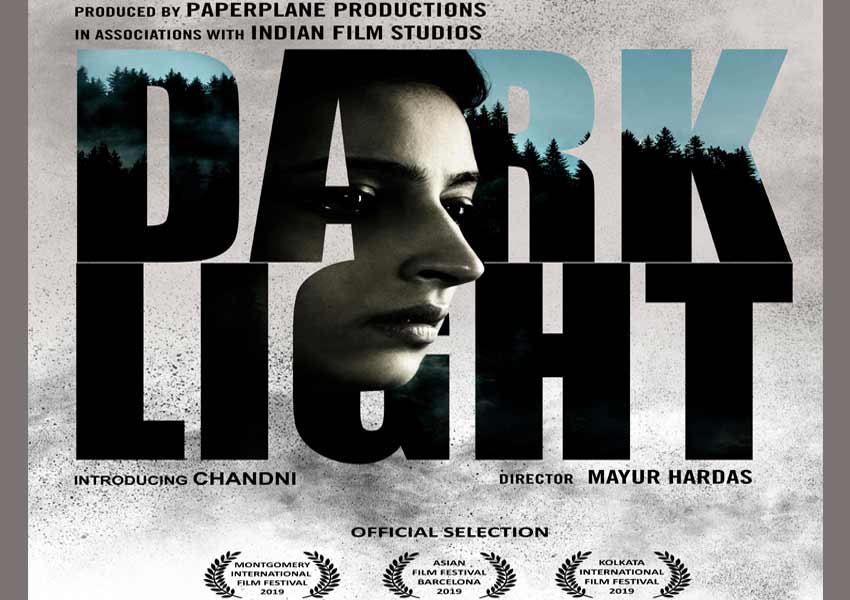 After receiving a standing ovation at the prestigious Montgomery International Film Festival, Darklight’ is all set to wins hearts in India. The film will be screened at the 25th edition of the prestigious Kolkata International Film Festival on November 10 and 12, 2019. Directed by Mayur Hardas and produced by Paperplane Productions in association with Indian Film Studios, the film introduces the debutant actress Chandni. It also stars Raj Arjun, Ekavali Khanna, Lataa Saberwal, Major Bikramjeet, Neeraj Sood.

Speaking about the film and its story, Director Mayur Hardas says, “In some parts of the world, there are women who live in such deprived conditions. Hence, I always wanted to make a film that will reach and support them.”

Adding about the filming phase, the director said “Even though we faced terrible weather conditions, we managed to stick around and support each other to finish this project the right way. Raj and Chandni are one of the best artists I have worked with. Chandni’s positive energy and passion made everyone work hard even in all the bad weather situations.”

Talking about her experience, Chandni further said, ‘’Being my first project this one will always hold a special place in my life as it has given me knowledge of lifetime not just professionally but also personally. A movie with such an important message made me realize how privileged we are and how we take things for granted.”

Darklight highlights the struggling journey of a young girl who rescues herself from the brutal reality of the terrorist camp and the impervious hurdles which she faces to reach the refugee camp.

With such an intriguing film, we wish all the luck to the entire team of Darklight.

Tags:
Previous Article
Hungama launches ‘Hungama Kids’ – An infotainment destination
Next Article
An exclusive screening of the upcoming movie ‘Midway’ for our Soldiers