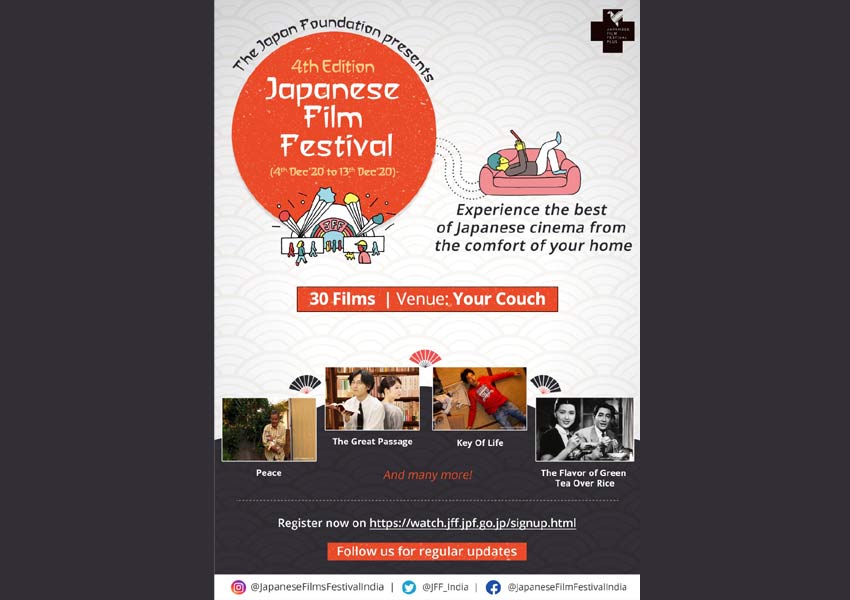 Japan Foundation New Delhi announces the Japanese Film Festival (JFF) 2020 in India to go virtual amid the pandemic. The fourth edition of the festival in India has an expansive list of 30 select Japanese films from genres of varied formats and subjects.

The festival is slated for an opening at the end of 2020, bringing critically acclaimed award-winning titles along with mainstream entertainment: films such as One Night, Lady Maiko, Production I.G Short Animation:(Pigtails), Stolen Identity, and Our 30-Minute Sessions from the Japanese showbiz for the Indian patrons. The film catalog includes titles selected specifically to cater to varied ages and tastes across categories like animation, feature drama, romance, thriller, classic, and documentary.

“We are thrilled to screen the 2020 edition of the festival on an absolutely new, exciting, and bigger scale. Keeping consumer safety utmost, the virtual platform will help us reach a wider audience base. The popularity of Japanese content has been distinctly growing in the Indian landscape which has been fueled by the recent increase in online content consumption,” said Mr. Kaoru Miyamoto, the Director-General of the Japan Foundation New Delhi.

He added, “We are bringing the best of Japanese films which have garnered critical praise along with audience love to offer an enriching experience to our Indian viewers. We are confident the festival will be successful and bigger with the online platform.”

The Festival watch page, https://watch.jff.jpf.go.jp/ for details on the movie line-up, registration, festival schedule, and dates.