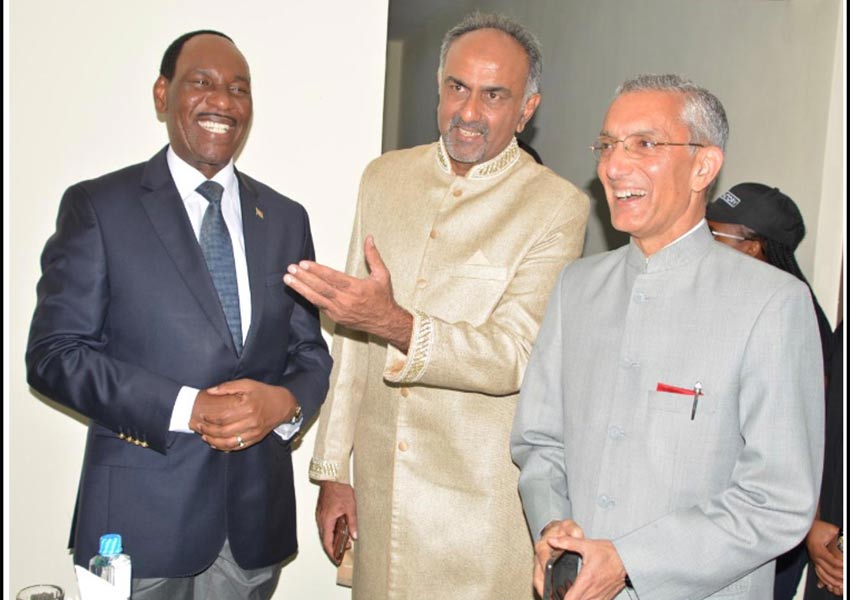 Award Winning Festival Curator and a champion of global cultural exchanges Captain Rahul Bali was honoured at the second edition of the coveted Kenya International Sports Film Festival (KISFF) that culminated with a glittering Red Carpet closing ceremony at the state of the art Signature Auditorium in Nairobi. Honourable Minister of Information, Communication & Technology Joe Mucheru was the Chief Guest for the evening which saw the presence of dignitaries like H.E. The High Commissioner of India Rahul Chhabra, CEO KFCB Dr. Ezekiel Mutua, CEO Kenya Film Commission Timothy Owase, Sporting Legends like Douglas Wakiihuri, Billy  Konchellah, David Rudisha, Rose Tata- Muya and a galaxy of Internationally acclaimed superstars from the world of sports & films from across the world.

Kenya International Sports Film Festival (KISFF) is one of its kind festival conducted in Africa and is the brain child of the legendary Kenyan cricketer Aasif Karim, who is the Chairman of Safinaz Foundation and also serves as a Director in the Kenya Film Commission. The festival achieved resounding success as it received 1242 films from 102 countries as entries and witnessed some very enlightening panel discussions by noted speakers from across the globe on various aspects of sports and films affecting Kenya and the world.

Speaking at the occasion, Dr. Ezekiel Mutua hailed the efforts of Aasif Karim and called him the pride of Kenya. Dr. Mutua also complimented the festival team for putting up wonderful festival with a wonderful ideology – “Sports Unite People and Sports Films Inspire them”

Ashish Bagrecha releases his debut book – Dear Stranger, I Know How You Feel