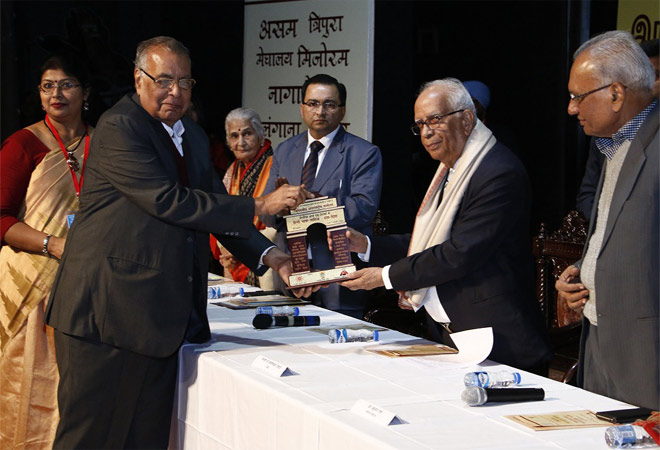 Shri Tripathi spoke on the importance of language and the formation of ideas. Without frequent and observable use, a language tends to fade away to extinction. This, he added, can never be a future for any language let alone Hindi. Languages, he added, are pillars of our civilization. Shri Tripathi was of the view that there is considerable scope for discussion to include Indology in classroom curriculum. He also observed that it is important to make note of the subtle influence trade and business have on survivability and evolution of language. This is significant, he pointed out, as the language of tradespeople is the language that is universally binding. The evolution of language in keeping pace with the times is important and can hardly be denied. He drew attention to the fact that even in regional languages Hindi words are called into use every day and in colloquial parlance.

Dr. Bithal Das Mundhra welcomed all dignitaries, guests and participants to the conference in his speech. He went on to describe the beginnings Bharatiya Vidya Mandir and how it took shape in the years when the Indian sub-continent was in political turmoil in the days of the sub-continent’s partition by the departing British rulers.  Dr. Mundhra spoke of how BVM has led to transform lives of working class peoples of India who move beyond borders of their respective states to earn their living. He said that he envisions a future through this conference to build a communicating bridge among people in work places. Dr. Mundhra drew reference to the role that Simplex Infrastructures Limited has had to play in order to make progress in nation building. The role of Hindi as a language to unite people from different states with their own language and dialect has been undeniable and has had a deep impact, he observed. He also noted that the modern youth of India needs to be introduced and made aware of the country’s rich and diverse cultures. While most of cultural works have been produced by eminent authors in the English language, few, if any, of those have been written in Hindi. He expressed hope that this conference would help promote ideas and framework which would encourage Hindi as a language of the masses, and a language to disseminate cultures and views. He added that for the youth and working class of people to move ahead in life, it is important that literary as well as technical works written in vernacular languages of India be translated to Hindi and vice versa. Dr. Mundhra also shed light on Vaichiriki – a Hindi language magazine, in which works of culture and social ideas feature prominently.

Dr. Babulal Sharma, an eminent scholar and a proponent of Hindi culture, discussed the role that a language plays in societies. He pointed out that it was Netaji Subhash Chandra Bose who raised the call for making Hindi as a national language to unify India and fuel the Indian independence movement. He also drew the attention to the fact that the role of Hindi as a language of masses was first propounded in Kolkata, then known as Calcutta. He explained that the significance of the genesis of the movement to propel Hindi at the forefront from Calcutta of all places is enshrined in our nation’s great history. Dr. Sharma noted that this conference reflects on the values and ideas that the Late Shri Madhodas Mundhra, founder of Bharatiya Vidya Mandir, had first advocated. It is fitting tribute, he said, that this shall be given much thought and attention on his birth centenary.

Smt. Raviprava Burman said that one of her recent experiences had left her convinced of the need for a common language that can be easily expressed and understood from people in any corner of our country. She, however, spoke of the need to see women take a leading role in promoting conversations in their mother tongues, and not in English – which is considered to be elitist and language of the middle and upper classes. She went on to add that it is remarkable that Hindi is widely accepted and spoken in West Bengal – a non-Hindi speaking state. That, she observed, was not the case in New Delhi where almost all programmes are conducted in English. She spoke of the various cultural movements and revitalizing social movements that Bharatiya Vidya Mandir has introduced over the years.

Before introducing the next eminent speaker on stage, Smt. Rajshree Shukla drew attention to the fact that it was one Nalini Mohan Sanyal who went on to be the first person in the country to complete a PhD in Hindi from the University of Calcutta.

Professor Avanish Kumar, Director of Hindi, Ministry of Human Resources Development, Government of India  stressed on expanding the tent of Hindi to broaden the scope of familiarizing Hindi as a language of the common man among all citizens of India. He spoke on plans that have been formulated to develop a dictionary of Hindi with translations available to facilitate in understanding. Professor Kumar added that software development is also being currently conducted to build mobile apps to help expand the coverage of Hindi as a language of the common people. 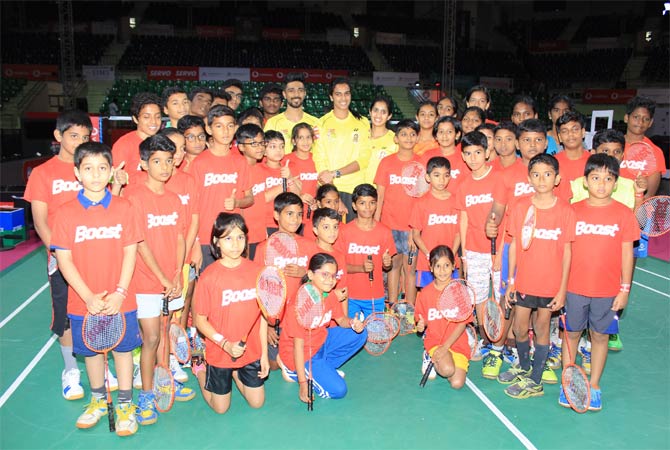