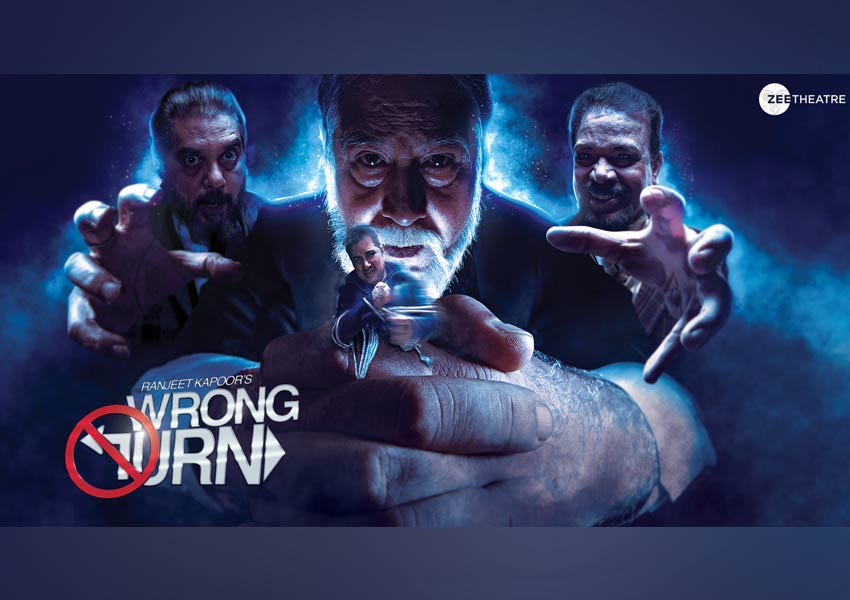 As theatre booked a significant space in people’s lives by its ideas and ideologies, people began celebrating World Theatre Day on 27th March. This was done to aware others of the importance of theatre arts. Thus, from 21st March to 27th March, Tata Sky Theatre powered by Zee Theatre commemorates the occasion and presents a week-long Carnival of renowned plays that you can enjoy on your screens. Available on multiple screens across TV, laptop, desktop, and smartphones, Tata Sky Theatre, allows you to indulge in exquisite plays anywhere, anytime. Have a look at some of the plays scheduled for this week.

This play is the story of young Radha’s enthusiastic family members and wedding planners who are trying to make Radha and her beau Siddharth’s wedding resemble the ones in Bollywood! This wedding is taking place at her ancestral home in the hinterlands and it is fun to watch that on the backdrop of a big, fat wedding, the relevant challenges faced by families, and individuals. The play is filled with drama, wit, music and humour.

Based on the life of Arun Mehra, the protagonist, this play is inspired by the German story, Breakdown. He finds three retired lawyers, one rainy night in an old house, amusing themselves with an unusual game. He agrees to join in. In a recreation of a trial scene, two of them agrees to defend and prosecute Arun and as they promise him a fair trial, a severe fate also awaits him, if proven guilty.

This is the story of Professor Palekar and his student Sarla – the pretty, innocent young girl who seems to be enamoured by her mentor and Phanidhar sharing a love-hate relationship with the professor. Facing many ebbs and flaws, the play explores the bond between the students and their professor. The three lives remain interwoven for many years to come as many secrets are revealed, accusations are thrown.

In this play, to avoid the trials and errors of a relationship, a couple draws up a relationship contract. When their parents meet on social media and start dating each other, things further begin to complicate. The play is almost like a stand-up comedy as a humorous take is taken on modern relationships; it keeps you amused all through. The question remains, will the young couple be able to stick to the agreement?

Based on a visually impaired, youthful man who lives away from his over-protective mother. There is a close friendship between him and his neighbour (an actor) who is set to essay an unusual role in a film. Individuals with disabilities, be it physical or emotional are treated differently by society and this is what is addressed in the play and these people are regarded as pariahs.

The story of this play revolves around NORA and TORVALD, a married couple. The husband considers his wife, a prized possession, like a doll, to be played with and for entertainment only. For him, Nora is weak, cannot take decisions, and does not consider her an equal partner in marriage. The story will make you question if a woman is merely a subordinate to the husband in a hierarchy imposed by society, and what place does equality hold in a marriage?

Written by Anil Barve, the play goes back to 1978, where Hamidabai, a spirited artist of the dying Kotha tradition, is determined to not let the demands of the popular culture corrupt her establishment, despite societal and financial pressure. Her educated daughter Shabbo was forced to return to an empty and almost bankrupt business, much to Hamidabai’s dismay. It is up to Shabbo to fight for her ancestral Kotha pride or accede to her husband’s wish to turn it into a brothel.

Tata Sky Theatre service is available for subscribers on #316 and on the Tata Sky Mobile App under Live TV.

Tata Sky Showcases the Stories of Homes With #HarGharKiKhidki Contest