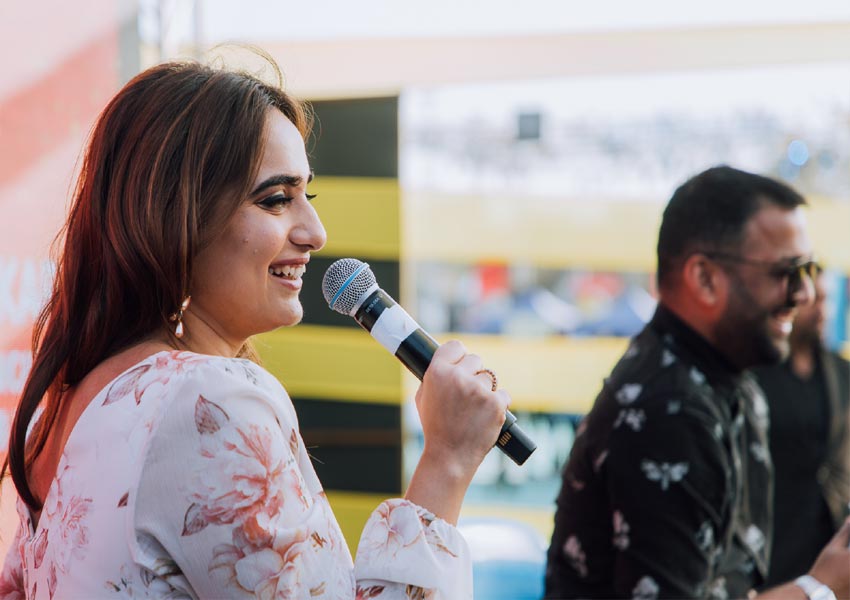 Celebrating the confluence of technology, entertainment, education and enterprises, Tech2Innovate, by Firstpost’s Tech2 concluded on a successful note as it drew massive eyeballs/footfalls at the first edition of the mega festival held in New Delhi. The two-day festival brimming with knowledge and entertainment offered an unmatched access to some of the most influential brands, tech makers, musicians, and automobile lovers. Targeted at the youth and tech enthusiasts, the platform brought together a mélange of experiential workshops, activities, and sessions.

Taking the center stage on the inaugural day of the mega festival, leading gaming influencers Dynamo and RawKnee hooked the audience with a PUBG match which was followed by an immersive discussion on the topic ‘India & E-Sports: Career in Gaming’. The Sandbox sessions with social media influencers such as Varun Pruthi, Sameeksha Sud, Gaurav Taneja, Kusha Kapila and others witnessed some riveting conversations and firechat sessions on topics of ‘Lessons in Creating Content for Tik Tok’, ‘Vlogging Your Life’, ‘How to Build Your Insta Portfolio’ among others. While the renowned FOOD FOOD Chef Shantanu introduced the audience on ‘How different foods affect different body types & what are humans designed to eat’, Alok Shankar — Country General Manager, Fitbit India & Fitbit Friend – Nikhil Chawla laid impetus / importance on the topic of ‘Fitness In A Connected World’

Day 2 of Tech2Innovate kick started on a high note with keynote address by Mark Johnson, Co-Founder – Playing for Change. The day excelled further as Carry Minati, one of the most sought-after gamer and YouTuber took on Tanmay Bhat, stand-up comedian, script writer and performer in a PUBG match. The match followed by a discussion on the topic of ‘Live Streaming In India Comes of Age’ witnessed some of the best conversations of the day. Bringing popular tech leaders and innovators such as Faisu, Model, Influencer, Tik Tok Star and Samir Bangara, Co-founder & Managing Director – Qyuki in a Firechat with Shereen Bhan – Managing Editor of CNBC-TV18, Tech2Innovate set the bar high for the day. The Sandbox sessions during the day saw some engaging conversations as Miss Malini, one of the most sought-after digital influencers shared some insightful perspectives on the topic of ‘Screen Addiction in the Digital Age and How to Cope with it as Content Creators’.

Driving the message of unity, world-renowned music group ‘Playing for Change’ mesmerized the audience through their heart-touching musical performance at the festival. While Jasleen Aulakh belted out some foot tapping music, Karsh Kale, one of the pioneering figures in defining the Asian Underground genre by mixing disparate genres of music such as Indian classical and folk with electronica, rock, pop and ambient music got the audience grooving to some soulful music. Setting the tempo high over 2 evenings, pioneers of fusion rock genre in India – Indian Ocean and popular singers Raja Kumari and Ritviz took the audience on a live musical journey.