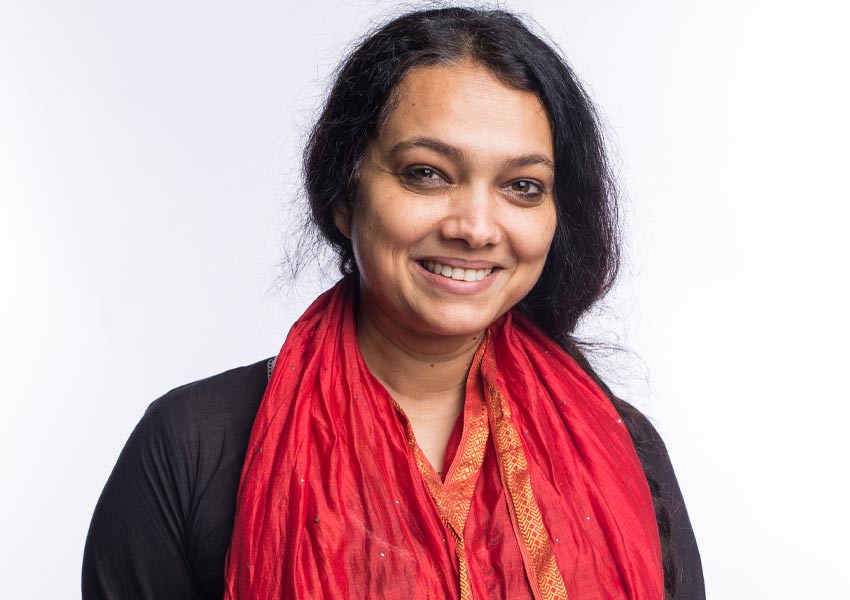 As the year winds down to a close, so does Aadyam’s 5th season. But as always, they’re set to go out with a bang this year as well. After taking Mumbai on an emotional trip with three very distinct plays, their final production is going to be a musically-driven story of romance interspersed with drama, both real and surreal. Zoon, written and directed by award-winning playwright Purva Naresh, promises to be a dazzling play that will enthrall audiences beyond belief.

Set in two eras, Zoon is a dramatic Hindi re-interpretation of the true story of Habba Khatoun, the nightingale of Kashmir.

The year is 1570. Yousuf Shah Chak, the warrior king of Kashmir captivated by a peasant girl, falls in love with the beauty of her voice and the richness of her rhyme. She is Zoon. They marry against all odds. Their love, destined to be short lived, is thwarted by a jealous Akbar, the great emperor. Renamed Habba Khatoun, she goes on to become the legendary last poet queen of Kashmir.

In 2019, in a maidaan somewhere in Kashmir, the stage is set for a dramatic retelling of Zoon’s legendary tale. Five young college students wait to be assigned their roles for the show. Why have they caught the attention of a soldier stationed nearby? In another corner a mysterious woman sits silently. Who is she and what is she doing there? Little do they all know that the drama will unfold before anyone even gets onto stage.

Shedding light on the idea behind this play, Purva Naresh, writer and director of Zoon said, “It’s been a difficult journey so far. It’s a difficult play to mount, produce, and put together because it’s a story across centuries and the vision requires some guts to dream, imagine, and bring to life. We hope to make something beautiful. With a Costume Director sitting in Delhi, Music Composers coming in from Srinagar and J&K, we are trying to tell a tale through many lenses – personal, traditional, and the experimental.

When I was travelling through Kashmir earlier this year, many people asked me to tell this tale. Initially, I saw no reason as to why I should tell this story instead of all the others I could, until one day I was asked what an artist was to do in such tumultuous times. The story of this strong-willed poetess of Kashmir, Zoon, pierced through the darkness like a shaft of moonlight (which also happens to be the meaning of her name).”

Speaking about the final production for this year, Shernaz Patel, Artistic Director of Aadyam, said, “I cannot think of anyone better than Purva Naresh to bring to life this lesser known story of Kashmir; of the legendary 16th century poet-queen Zoon and how her legacy resonates with the ordinary Kashmiri women and men of today. Purva’s lyrical and poetic language has immense depth and truth. She sees deeply into the soul of women and is the voice of those who are forgotten.

Zoon or Habba Khatoun did this too. Albeit in the 16th century. In an age when women did not dare write about their personal anguish, she bared her soul through her words. She spoke the language of the people. It is a testimony to her greatness that her ballads resonate through the valleys and mountains of Kashmir even today. No wonder she is remembered as the nightingale of Kashmir.”

Year after year, Aadyam has brought forth plays to initiate the uninitiated into the world of theatre. After the riveting courtroom drama, A Few Good Men, the heart-wrenching stage adaptation of The Kite Runner and the rib tickling comedy, Mosambi Narangi, this theatre initiative by Aditya Birla Group closes this season on a sweet yet intriguing note with the tale of Habba Khatoun.

This play stars prominent theatre artists like Ipshita Chakraborty Singh, Nivedita Bhargava, Harsh Khurana, and more. With live singing, backed by classical musicians, set against beautiful, rich scenery we’ve come to expect from a Purva Naresh play – this piece will have a magic to it that you don’t want to miss out on.

As Kashmir’s past and present collide through the richness of song and poetry, this compelling reinterpretation of the story of Zoon opens at Jamshed Bhabha Theatre on 16th and 17th November 2019. Tickets are available on Insider and Paytm.

For more details about the initiative, head to www.aadyam.co.in