The 2021 Avanza Veloz is expected to start selling in the Indonesian auto market anytime this year. Toyota Avanza is offered in 4 variants and has ample interior space in the three rows to accommodate 7 adults comfortably. Being a mini MPV, it’s neither too small nor too big.

To get enough trunk space for all your cargo, the third row is foldable. For a car of this size and comparing with its competitors, the exterior outline still looks so simple but better than its previous models.

Other than the Toyota Avanza 2021 promotions, Toyota engineers have given it a major facelift in the interior and exterior. But this remains to be an image based on the shared photos of its twin sister- Daihatsu Xenia. If the interior design shown in the Xenia is copied in the Veloz, luxury and comfort will be at their best. However, the dashboard doesn’t look that pleasing. 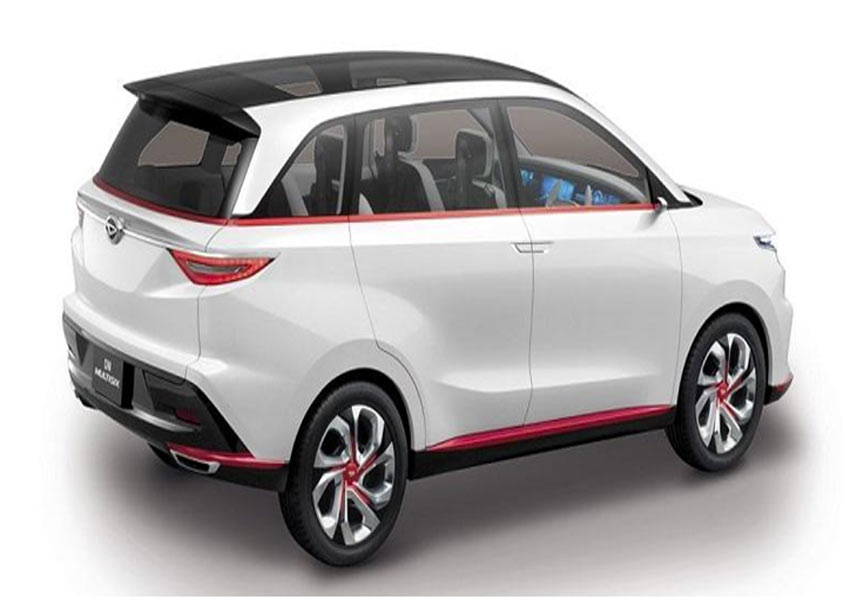 Today, this MPV outshines some of its rivals like the Mitsubishi Xpander, Suzuki Ertiga, and Foton Gratour iM6, but not the likes of Toyota Alphard, Toyota Innova, Toyota Nav1, and Nissan Elgrand. Looking at the new 1.3E MT Toyota Veloz front, the huge radiator grille design may have been dropped for a more modern styled grille with a white tie.

Standing on a new alloy wheel design, the rims offer a standard ground clearance of 200mm. Again, the wide tires add extra stability above that offered by the superior suspension system. At the front are LED headlamps hiding LED indicator lights.

At the rear top, we expect to see a new shark fin antenna and a new spoiler design embedded with indicator lights. Adding electrically retractable outer side mirrors with turn signal lamps will be plus all the Veloz variants.

Onboard the MPV, a black spirited dashboard whose monotonous is broken by the bright touchscreen unit takes the center stage. Covering the seats will be smooth and finely stitched fabric upholstery. The seats which are provided with a headrest offer a more ergonomic feel.

A leather-wrapped steering wheel is only reserved for the top trims but more switch controls are likely to be added to the cluster.

Despite the stiff competition among the LMPVs concerning performance, the much-awaited 2021 Avanza Veloz is expected to carry a more powerful engine. It’s possible the new Veloz, will still have the Dual VVT-i engine that’s mated to a 5-speed manual or a 4-speed automatic gearbox.

Many waits to be seen what new features will be added to the Avanza Veloz and which one will be dropped. But thing remains a fact –It will be availed with major facelifts both in the interior and exterior.

Toyota C-HR Hybrid – Is It Worth Buying?
MediaInfoline Mar 01