Toyota Kirloskar Motor (TKM) was recently awarded the prestigious Asia Responsible Entrepreneurship Award (AREA) 2017 for its dedicated contribution towards the cause of Health and Hygiene. Toyota received the award in the Health Promotion category for its unique CSR campaign – Project ABCD (A Behavioral Change Demonstration) an initiative designed and implemented with the aim to curb one of the grave concerns faced by our country – Open Defecation (OD) by creating awareness on good sanitation practices among children, teachers, and community. The award was received by Toyota’s CSR team at a ceremony held at Thailand.

Initiated as a part of Toyota’s active efforts towards the “Swachh Bharat campaign”, Project ABCD was rolled out in 2015 with the aim to provide sanitation facilities for girl children in schools in the local neighborhood community and to drive a positive behavioral change among the students and the community on healthy and hygienic sanitation practices. The project follows a unique “Child to Community” approach, where children demonstrate the act and become the change agents to bring desirable transformation in the community.

Project ABCD is strongly driven with a mission to achieve 100% sanitation in Government schools by instilling good hygiene habits amongst the individuals & providing infrastructure support through building of new sanitation units including renovation of existing sanitation to make all functional sanitation facilities operational by end of 2018 in Ramanagara district (situated near Toyota plant) in Karnataka.

Under this project Toyota has built nearly 762 sanitation units for girl child and over 42,000 school children have been benefitted. 1340 in 2016-17 and 2553 in 2017-18 individual household units are constructed as a result of which 74 villages have been declared 100% open defecation free. Through this program, Toyota has been able to educate over 130,000 community members on hygienic sanitation practices.

Expressing his delight on receiving the award Naveen Soni, Vice President – Toyota Kirloskar Motor said “We are delighted to have received this award recognizing our initiative which has contributed effectively where 74 villages have been declared 100% ODF (Open Defecation Free) in the state of Karnataka. As a responsible corporate citizen, Toyota is committed to contribute to the wellbeing of the society we operate in and we see this award as an acknowledgement for our efforts to bring in positive and sustainable differences in the lives of the people. UNICEF (The United Nations Children’s Emergency Fund) has also benchmarked this unique ABCD project of Toyota which has positively impacted the overall success of the sanitation program in a big way.

Our primary objective was not only to build the sanitation infrastructure, but also to inculcate the right attitude, raising awareness motivating community members to discontinue age old practices. The crux of all our CSR pprogrammes focus on generating measurable outcome, long term sustainability and benefits to local community creating a substantial impact on social change drive. Therefore, Project ABCD, was a result of this attitude as it was bringing a more holistic solution of sanitation issues.  Since the program’s launch we have been successful in bringing about a tremendous attitudinal change and develop a sense of ownership among the community members leading to a successful and sustained social impact.”

As a socially committed corporate, Toyota has actively contributed towards the “Swachh Bharat Abhiyan”. The company has constructed more than 650 units of sanitation facilities in 206 government schools across India, of which 125 units are located in Varanasi, 426 units in Ramanagara district in Karnataka and 125 units in Vaishali in Bihar.

Enterprise Asia is a non-governmental organization in pursuit of creating an Asia that is rich in entrepreneurship as an engine towards sustainable and progressive economic and social development within a world of economic equality. Since 2009, AREA has been hosted regionally, namely for the South Asia, East Asia, and Southeast Asia chapters awarding companies for their respective nations. The Ceremony sees to hundreds of attendees, including business and government leaders, diplomatic representatives, social and community leaders, local and international media. 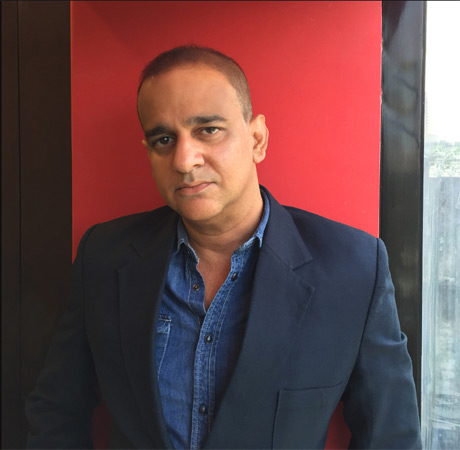