Harley owners gear up to throttle to Goa for the 8th India H.O.G. Rally 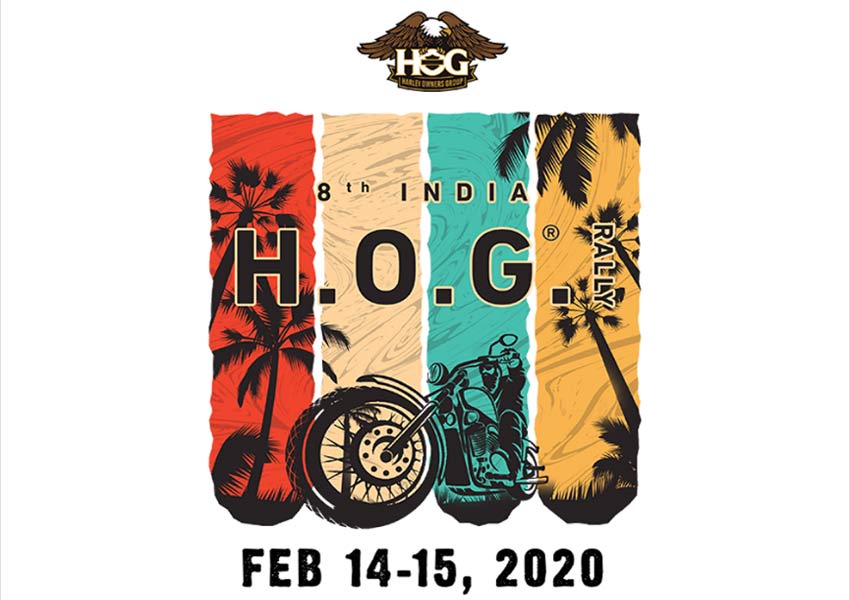 Harley-Davidson is set to kick off India’s largest parade, the India H.O.G. Rally, in Goa from February 14-15, 2020. The most anticipated date on the H.O.G. calendar, more than 2000 members of the Harley owners community from all 31 H.O.G. chapters across the length and breadth of the nation will convene at the annual gathering. The event that will be spread out over two full days in the sunny state city of beaches will be held at a new destination this year, Grand Hyatt Goa.

The much-awaited ‘Custom Contest’ at the mega event will feature a stellar display of the country’s best Harley-Davidson custom motorcycles and the annual H.O.G. parade will be a visual treat for motorcycle enthusiasts in Goa on February 15. The coveted H.O.G. awards will be yet another important highlight for H.O.G. members.

On the occasion of the 8th edition of the India H.O.G. Rally, Sajeev Rajasekharan, Managing Director, Harley-Davidson India, said, “When you purchase a Harley-Davidson motorcycle, you automatically adopt the Harley lifestyle. The Harley Owners Group perfectly embodies our brand promise of living life the Harley way. We are thrilled to be kicking off the 8th India H.O.G. Rally in Goa this year and would like to take this opportunity to thank Goa Tourism Board for their immense support.”

In a first-of-its-kind initiative, Harley-Davidson also reached out to brand lovers outside the H.O.G. community to provide them with a slice of the exciting Harley-Davidson lifestyle. The company launched a social media contest to select one winner to go for an all-expenses paid trip to the event. The contest witnessed high engagement across the brand’s social media handles.

Founded by Harley-Davidson Motor Company in 1983, the Harley Owners Group was established to offer motorcycling benefits and services to Harley-Davidson enthusiasts throughout the world and to develop a close relationship between the rider, dealership and the company. A perfect example of community engagement, the Harley Owners Group organizes five marquee rallies annually, including one national and four zonal rides. In India, the H.O.G. community comprises of a 7500-strong member group.

Motorcycle enthusiasts who want to experience the Harley-Davidson lifestyle and be a part of the India H.O.G. Rally can get in touch with their nearest Harley-Davidson dealership to know more.