Riding on robust sales of its range of motorcycles and scooters, Hero MotoCorp -the world’s largest two-wheeler manufacturer – has set a new global record, clocking 2 million unit sales in the just-concluded second quarter (July-September) of this financial year (FY 2017-18).

This is the first time globally, that any two-wheeler company has crossed the 2 million sales mark in any quarter.

Hero MotoCorp sold 20,22,805 units of two-wheelers in the second quarter with consecutive months of robust sales, growing by 11% over the large volume of the corresponding quarter in the previous fiscal.

In September this year, Hero MotoCorp became the only two-wheeler company to sell over 7 lakhs two-wheelers in a month.

Driven by popular demand for its iconic brands – including the Splendor, Glamour, Passion and HF Deluxe motorcycles as well as the Duet, Maestro Edge and Pleasure scooters – Hero MotoCorp has already surpassed four million sales mark in a little over six months of the current fiscal.

Mr. Ashok Bhasin, Head of Sales, Marketing and Customer Care, Hero MotoCorp, said “Clocking 2 million sales in a quarter is highly gratifying  and its a moment of great pride for us. This landmark achievement in sales has been possible due to an excellent team effort of everyone at Hero and all our associates.  Most importantly, we have accomplished this feat – powered by the affection of our ever growing family of consumers who have always reposed their overwhelming trust in the Hero Brands.”

“We have also already crossed four million units in despatch sales in a little over six months in the current fiscal (starting from April till the first week of October). We will look to building on this going forward. Our sales performance this year is a testimony to our intent and determination on further consolidating our very strong and consistent market leadership in the country. Our brand-specific regional strategy, innovative consumer-engagement programmes, and an overall integrated 360 degree ‘Go-To-Market’ approach has been immensely successful in driving this growth.”

“In the current festive period, while posting very strong double-digit growth in both Scooters and Motorcycles – we have already set an all-time record by selling well over one million two-wheelers in domestic retail sales, which has come nearly three weeks before Diwali,” Mr. Bhasin added.

Hero MotoCorp, which recently surpassed 75 million units in cumulative sales since its inception, has also been leveraging its association with the ongoing FIFA U-17 World Cup India 2017, of which it is a ‘National Supporter’.

“Our overall strategy for the festive season has been integrated with the customer activation initiatives for the FIFA U-17 World Cup. Under this strategy, we have rolled out innovative consumer engagement programmes like the Trophy Tour and have reached out to our targeted consumer groups through the print, television, digital and social media platforms,” Mr. Bhasin said.

The FIFA Under-17 World Cup will continue up to October 28 – thus covering the entire festive period. The marquee football event – involving 24 countries from around the world – the first-ever FIFA event to be held in India – is being played in six cities – Delhi, Kolkata, Mumbai, Goa, Kochi and Guwahati.

Tata Motors Ltd announces changes to its Board of Directors

The iconic all-new MINI range of cars arrives in India 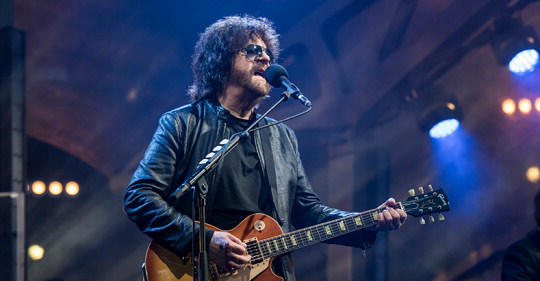