Upholding its commitment towards corporate social responsibility, Droom, India’s pioneering online automobile transactional marketplace, today unveiled its new and unique media campaign on road safety. It involves “Talking Gods” warning people to drive slowly and safely. The company also released a pocket book which contains all the necessary information about vehicles, road safety rules, and emergency numbers. It also has A to Z of Road safety, quite literally, as every alphabet represent one road safety tip or rule, with regards to pedestrians, drivers and driving in the rain or late nights. India, with the second largest road network (5.5 million kms), faces about 400 accidents in a day.

Talking about the interesting campaign, Sandeep Aggarwal, Founder& CEO, Droom said, “There had been a death toll of over 57,000 people last year, because of speeding cars – but no one was paying heed. We wanted to do something about it. We wanted to ask people to “slow down” in a voice they cannot afford to ignore. Most cars sold in India comes with pre-fitted idols of Gods on dashboards. We equipped these deities with accelerometers, thereby lending them a pre-recorded voice. These devices are pre-installed in almost all the four-wheeler we are selling through Droom. Whenever the person behind the wheels overspeeds, the “Talking God” warns them saying things like – “Why are you in such a hurry to meet me child? Drive slow, Drive safe” and then, “Your soul is permanent, but your body is not. Drive slowly.” And other warning statements, along the same lines.”

“We fitted the idols in all the cars sold through our app, with the talking God.’, He added.

India is the 3rd country in terms of deaths due to road accidents and stands at the 67th spot in terms of number of Vehicles per person. There is one death every four minutes due to a road accident in India. Moreover, 20 children under the age of 14 die every day due to road crashes.

Vineet Mahajan, Head of Art (India), Contract Advertising added Digital brands usually have transactional conversations with their audiences. We thought true engagement can come from doing something meaningful…something that is beyond the ambit of just buying and selling cars. Something that is able to make a difference. And our idea comes from that sweet spot between technology and a razor sharp insight on the Indian driver. We thought we could make the Indian driver listen to us. After all, god was on our side!

The “Talking God” video can be found here. https://www.youtube.com/watch?v=4hSeKPwGJ9s

The responsible corporate citizen has recently achieved 1 lakh premium Sellers milestone and aims to reach the 1,50,000-seller mark by the end of this calendar year.

Tags:
Previous Article
Standing ovation for Mumbai Mist at BRICS Film Festival
Next Article
Actress Pallavi Sharda explores her inner self on her way to Bangkok 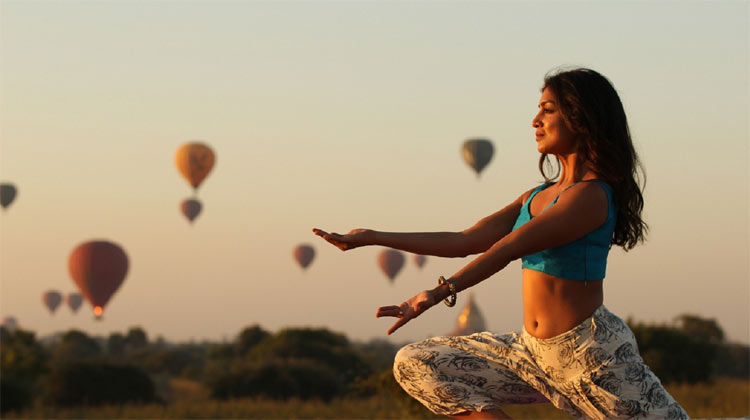