Within almost two years of its launch Tata Motors ‘Use Dipper at Night’ campaign, conceived and developed by Rediffusion Y&R, has scored an impressive feat at the WARC Prize for Asian Strategy – the global authority on Advertising and Media effectiveness. The initiative which spreads awareness on safe sex in the Trucker community won a Special Award for Channel Thinking. Last year, the campaign bagged a Silver in Media Lions category and a Bronze in Health Lions category at Cannes, which celebrates the power of creativity as a force for business, for change and for good. This was a first Cannes award for a Tata group company. In addition, ithasalso won 3 awards at Spikes Asia Festival of creativity and 2 EFFIE awards – the most prestigious awards for celebrating Marketing Effectiveness.

Targeted at truck drivers – Tata Motors’ important stakeholder in the logistics business, who are also considered as aHIV high-risk group, the campaign was inspired by the line ‘USE DIPPER AT NIGHT’ – meaning dip headlight at night, which is printed on the back of 6 million trucks in the country. Under the initiative, a condom brand ‘Dipper’ was created to associate with the line and communicate with the community in the trucking jargon. With straightforward messages such as ‘Have a Safe Journey’, ‘CONDOM OK PLEASE’, ‘Welcome Safety’, ‘No Dipper No Entry’ coupled with ‘AIDS se nahi hogi mulakaat, Jab hoga Dipper Condom ka saath’, the campaign had a 360° support of Press, Outdoor, Digital, Posters and Merchandise.

To spread the message on safe sex effectively, condoms were distributed in uniquely designed wallets, handed out at different touch points such as health clinics, service stations, highway eateries, petrol pumps and convenience stores across the country. Tata Motors decided to sell these condoms at an inexpensive price of Rs 2 for a packet of 3 unlike other campaigns where condoms are made available for free.

The campaign emerged as a huge success with the first batch of 45,000 condoms sold in just 25 days.

India has the 2nd largest road network in the world spread across 29, 14,133 miles. Research shows that in a year about 2 million truckers visit sex workers on their journeys and only 11.4% truckers use condoms, leading to 16% of them suffer from STDs. Being India’s premier truck manufacturing brand, and having the largest trucking community in its fold, Tata Motors took this unique approach to promote safe sex among truck drivers in the country. 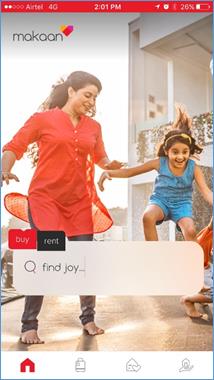 Ease of an app without downloading with Makaan.com Instant App
MediaInfoline Nov 20