Tata Nexon embarks on a Star Wars Adventure in India

Tata Motors today announced theTata Nexon association with Disney India ahead of the theatrical release of its much awaited Lucas Film Star Wars: The Last Jedi. This exclusive tie-up promises to offer a unique adventure to fans of cars and Star Wars!

Through this first-of-its-kind campaign, Tata Motors has strategized to aggressively increase awareness of the Nexon in the country by joining forces withthe Star Wars franchise.

Similar tothe Star Wars franchise, Tata Motorshas a long legacy of celebrating fan engagement and unparalleled brand experience over the decades. With its epic galactical adventures and space battles, Star Wars has been fueling the imagination of millions with path-breaking innovation in storytelling. The feature loaded Nexon with its LEVEL NEX Design, Performance, Technology and Comfort has fueled a similar level of excitement among auto enthusiasts.

According to Mr. Vivek Srivatsa – Head – Marketing, PVBU, Tata Motors –“We are very excited to associate the Tata Nexon with the Star Wars brand which is a huge franchise globally. Nexon has been one of the most talked about recently, just like the ‘The Last Jedi’ has been for the movie buffs. Fueling the force within you, the Tata Nexon takes driving to LEVEL NEX which has resulted in a culmination of a radical shift in thinking about our products.Nexon promises to deliver an experience beyond the next level which will change the norms of what you can expect out of a car just like the Star Wars movies. We are sure that this association will definitely prove to be a real treat for fans of both the brands.”

Customers will experience the best of both worlds at every level in thisinnovative campaign. Under this association, the two brands will collaborate across various platforms, from test drives to showrooms to the Nexon Skills Arena.It will offer an immersive and engaging experience that Star Wars fans would love and relate to the technologically-advanced Tata Nexon. Exciting Star Warsmerchandise will also be available at the Nexon Skill Arenas.

The Nexon has empowered the customers with exciting new technology features to experience best-in-class driving on road. The Moroccan Blue and the Vermont Red colors of the Nexon – are symbolic to the light and dark side of the Force in the Star Wars galaxy. These unique coloursdepict a sense of empowerment and world’s best experience and driving pleasure. With cool tech features like the Wristband Key, Floating Navigainment Touchscreen with Voice Control and the 8-Speaker Sound System, Nexon is sure to become a favorite amongst this target group. Also with the Superior 6-speed Transmission, drivers are in for a real-life demonstration of the force.

The Star Wars franchise witnesses huge fan following and the movie is expected to release on December 15th 2017. 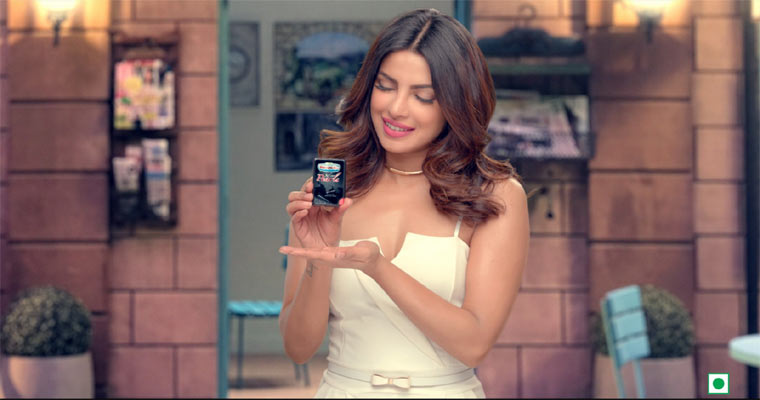