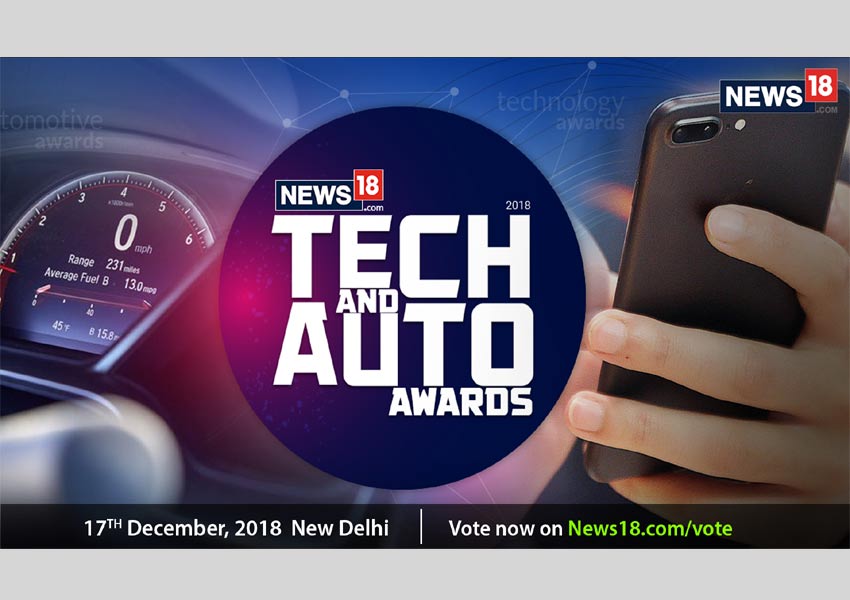 News18.com held the second edition of India’s only Tech and Auto Awards amidst the presence of industry veterans. The awards ceremony celebrated and honoured Technology and Automotive products and innovations that have set the bar high in the respective sectors. Apple iPhone XS Max was adjudged the Smartphone of the Year whereas Audi RS5 was announced as the Design of the Year. The event was attended by dignitaries like Nitin Gadkari, Minister of Road Transport and Highways and Manoj Sinha, Minister of Communications who also presented few awards to the winners in different categories.

Commenting on the occasion, Manish Maheshwari, CEO, Network18 Digital said, “Over the years technology has redefined mobility and changed our lives and at News18.com, we see technology and automobile as an extension of each other. After the spectacular success of the first edition of the awards last year, we are back with the second edition where we aim to grow bigger and better as we celebrate the best of technology and automobile innovations in 2018. We would like to thank all our partners and brands who were associated with us in this journey.”

Honorable Minister Nitin Gadkari, Minister of Road Transport and Highways of India said, “Automobile industry is very important for the country as this is the industry which is going to create a lot of employment potential. At the same time, our export for automobile spare parts and car is going to increase. As far as transport ministry is concerned, we are very much committed for the policy that is import substitute, cost effective, pollution free and indigenous. We are giving priority for the development of bio fuels, electric, ethanol, methanol, biodiesel, bio CNG and we have a lot of successful experiments.”

Selected by a Jury that included veterans from the auto and tech industry, the awards night witnessed brands like Maruti, Honda, Ford, Volvo, Hyundai, Audi, Mercedes and others go head-to-head for coveted awards like Hatchback of the Year, Sedan of the Year and more. While Tech brands like Apple, OnePlus, Samsung, Google Pixel, Xiaomi, Oppo and others were seen fighting it out for awards in the Smartphone of the Year, Design of the Year and other categories.

Talking about the awards, Subhajit Sengupta, Editor – Technology, Auto and special projects, News18.com said, “Tech and auto are the two verticals which are being followed as well as loved by the masses. With this award, our aim was to reach out to those who believe in taking informed decisions before opting for any kind of technology. This is the second edition of the award and we, with utmost dedication, brought forward the top technologies in both the categories keeping in mind our consumers.”

Ranveer and Sara bring back romance to Switzerland
MediaInfoline Dec 19