BIG FM, India’s largest and No.1 radio network, is raising the bar for the 6th edition of its annual entertainment awards, BIG Zee Entertainment Awards 2017, by associating with the highly acclaimed Zee network this year. The coveted awards property in the country, will celebrate the invaluable contribution of talent in the field of films, television and sports thereby, delivering an experience of “Entertainment Ki Ultimate NIght”. Curated on the focal idea of ‘For the People, By the People’, the unique awards show will honour these extra-ordinary artists solely on the basis of audience votes for their favourite entertainers, between 18th July to 28th July across a total of 37 different categories that spans across Films, TV & Sports. The gala commemoration will be held in Mumbai on 29th July, and will be aired on 13th August, exclusively on Zee channel.

The award ceremony will mark a memorable night of celebration by recreating the magic of ‘Las Vegas’, through its magnificent setting. By emulating the festive spirit of one of the world’s most vibrant city, the ceremony promises to be a visual extravaganza like never before. Karan Johar, India’s popular filmmaker and celebrity chat show host, together with stand-up comedian Sunil Grover, will co-host the star-studded evening and keep the audiences engaged throughout the entertaining night. Acclaimed artists from Indian cinema and television will set the stage ablaze with their captivating and larger than life performances, promising to make it the grandest show yet in the award property’s six-year history.

Speaking about the awards property in association with Zee television, Mr. Tarun Katial, CEO BIG FM said,“Over the years, BIG Zee Entertainment Awards has built a credibility of being an awards show that truly belongs to the people of this country. By continuing with the tradition of staging it as an out-and- out viewer’s choice awards, we are increasing the level of engagement prior to the main event this year, by providing a plethora of voting categories for them to access.”

BIG Zee Entertainment Awards’ diverse and exclusively designed categories that recognizes talent beyond traditional genres sets it apart as the most entertaining awards yet for the year. Audiences will get the opportunity to choose from nominations for films and stars classified under social, thriller, entertaining music and jodi in addition to others.

Viewers can cast their votes for the nominees through SMS on 55454, on digital platforms and radio. The event will be cross-promoted across different platforms including television, radio, digital and on-ground.

Tags:
Previous Article
A Grand Music Launch of Film Mr. Kabaadi
Next Article
Splitsvilla returns to MTV for the tenth season; VIVO hops on board as title sponsor 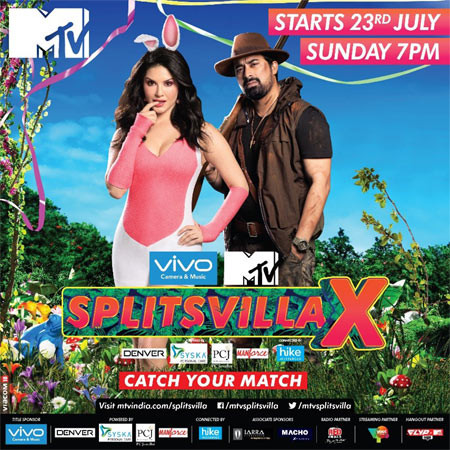 Splitsvilla returns to MTV for the tenth season; VIVO hops on board as title sponsor
MediaInfoline Jul 21