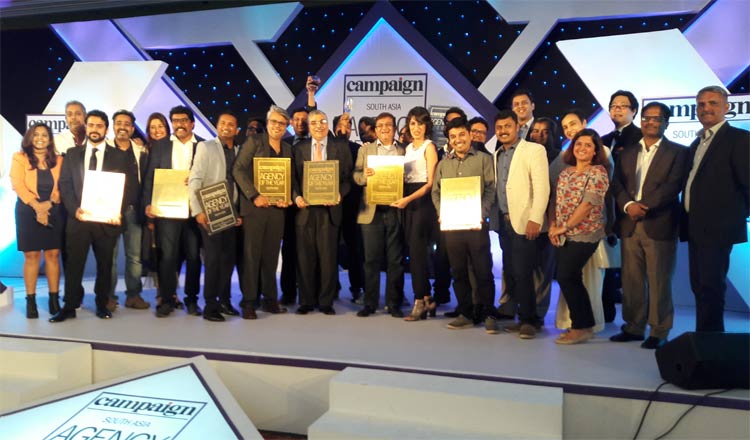 It was an absolutely fantastic night for DAN in India at the Campaign South Asia Awards 2017, that was held here in Mumbai last evening. The night was a double hat-trick for Dentsu Aegis Network. While Ashish Bhasin, Chairman & CEO South Asia, went on to retain the ‘South Asia Agency Head of the Year’ title third time in a row, Isobar India also celebrated its third Gold as the ‘India Digital Agency of the Year’. In fact, Dentsu Aegis Network India completely dominated the ‘Digital Agency of the Year’ category with Dentsu Webchutney winning Silver for the Network and WATConsult bringing home the Bronze.

Moreover, it was not just Ashish Bhasin alone who bagged the ‘South Asia Agency Head of the Year’ title. It was undeniably a proud moment when Vivek Bhargava (CEO, DAN Performance Group) was announced the runner-up in the same category.

With a Gold in its kitty, iProspect was named the ‘South Asia Specialist Agency Of The Year’.

Commenting on the wins, Ashish Bhasin, Chairman & CEO South Asia- Dentsu Aegis Network said, “What a fantastic performance this has been. It feels great to see Dentsu Aegis Network agencies bring home so many awards. I feel honoured and privileged to lead such a brilliant  team. Once again we have demonstrated our complete dominance, especially in digital, and I am sure that Dentsu Aegis Network will continue setting new standards. These wins are a great testimony to the 3500 strong, extremely talented and passionate Dentsu Aegis Network India family.”

Tags:
Previous Article
ED Sheeran tops the Spotify Year in Music List 2017
Next Article
BigRock and Neustar tie up with TVF to promote the .biz extension

BigRock and Neustar tie up with TVF to promote the .biz extension
MediaInfoline Dec 06