Delivering the keynote address at ‘Leaders of Tomorrow’ Awards, Minister for Petroleum and Natural Gas; Minister, Skill Development and Entrepreneurship, Government of India, Dharmendra Pradhan, said, “A lot of economic activities in India are based on emerging entrepreneurial models. But the challenge in the Indian scenario is that we do not have any formal financial leakage accountability. We should assess our requirements and know our strengths. We have to create a technologically driven world. I congratulate ET Now for this great initiative and I’m sure that the thinking group will jot down a new pathway for new aspirations and youngsters of this country.”

Commenting on this occasion, MK Anand, MD & CEO, Times Network, said, “It takes determination and passion to bring alive an idea and no one knows this better than entrepreneurs. Through the LEADERS OF TOMORROW awards, we celebrate and salute the indominable spirit of MSME leaders, who have not only led their organizations to the pinnacles of success, but also are a source of inspiration to others. We firmly believe that India’s most coveted awards for MSMEs, will inspire new stories of entrepreneurial success.”

In association with ET NOW, the LOT Awards has had five successful editions and organised the 6th edition on March 8th, which received 1000 nominations from across the country. In this season of ‘LEADERS OF TOMORROW’, the winners of the most inspiring MSMEs were shortlisted after a country-wide selection process, where their extraordinary contribution to the sector has been appropriately acknowledged. This year, the Presenting Partner Capital First, Associate Partner LMI, Supported by MSME department and Knowledge Partner SME Chamber of India ensured complete process compliance and veracity of the data received from nominee MSMEs.

Catch the Indian entrepreneurs’ undying spirit on the most definitive MSME platform which will as 2 part Awards special on ET NOW – India’s leading English Business News channel on March 21st and 22nd. 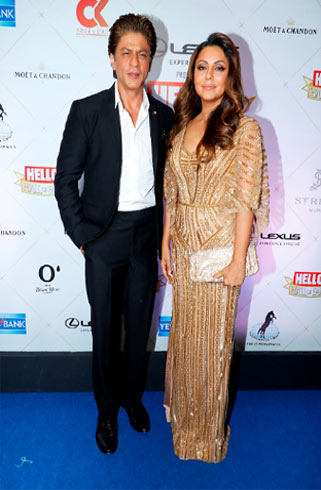