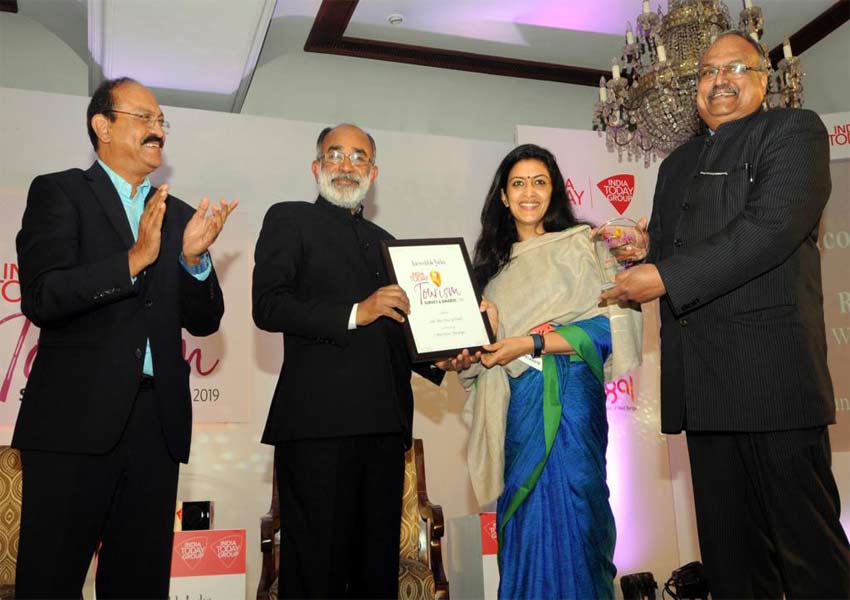 The Gir National Park in the state was awarded the Best Wildlife Destination in India at The India Today Tourism Awards 2019 held on February 25 in New Delhi. The award was presented at the hands of Hon’ble Union Tourism Minister Shri K.J. Alphons and it was received by Ms Arti Kanwar, Resident Commissioner, Govt of Gujarat.

The other nominees in the segment included Kaziranga National Park, Assam, Panna National Park, Madhya Pradesh, Tadoba, Maharashtra, Valmiki National Park, Bihar and Nameri National Park, Arunachal Pradesh. The India Today Tourism Awards recognize popular travel destinations and attractions across the country in varied categories. The main aim is to pay an ode to the diversity that India offers to every kind of traveller. The awards have citizens voting for the best tourism destinations in the country. This year, India Today commissioned market research company Ipsos to sample opinion through online and offline surveys in 10 urban locations from all corners of India.

The historic Gir Forest in Gujarat is the only place on earth where one can see the magnificent Asiatic lions. The dry teak woods and dense foliage of the Gir Forest are home to the royal beast and are one of Gujarat’s most popular tourist sites. The Gir’s open scrub jungle makes sightings of the Big Cat possible and people are known to queue up to catch a glimpse of a lioness with her cubs or the dark mane of a male. The jungles of Gujarat are also home to a sizeable population of extinct species namely Sloth Bear, Asiatic Lions, Greater Flamingo, Blackbuck, Indian Wild Ass, Indian Bustard etc. Gir is also famous for other creatures, such as crocodiles and birds. With more than 30 kinds of mammal and 300 species of bird, Gir has much to offer both the serious naturalist and the tourist. The Gir Wildlife Sanctuary is spread over 1,153 sq. km in the semi-arid Saurashtra region.

Speaking about the award, Mr Jenu Devan, Managing Director, Gujarat Tourism, said, “We are delighted to have received this award from India Today Group and it is recognition of all the efforts government puts in to ensure that Gujarat is one of the best tourist destinations. The Gir Forest is not just the pride of Gujarat, it is the pride of India. People come to Gir because, outside of Africa, it is the only place with wild lions. The forest has so much natural beauty with its rugged hills, high ridges and densely forested valleys, wide grassland plateaus, and isolated hilltops. Gir gives tourists the perfect chance to truly experience the lion sightings, explore their natural habitat and at the same time enjoy the art, culture and versatile traditions of Gujarat.”