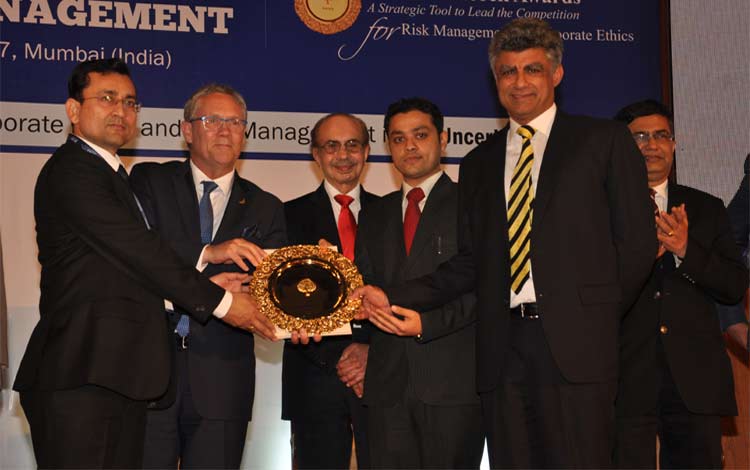 InterGlobe Hotels has been honoured with the prestigious 2016 ‘Golden Peacock Award’ for Risk Management at the ‘Golden Peacocks Award Nite’ held in Mumbai.

Instituted by the Institute of Directors (IOD) in 1991, Golden Peacock Awards are regarded as a benchmark of Corporate Excellence worldwide. Justice P N Bhagwati, former Chief Justice of India, is the Chairman Emeritus of Golden Peacock Awards while Justice M N Venkatachaliah, Chairman, Institute Of Directors and former Chief Justice, Supreme Court of India is the Chairman.

Every year, the nomination committee receives around 1,000 applications for various categories of awards which are evaluated following a three-tier evaluation process. The Awards Jury that selected the winner of the ‘Golden Peacock Award for Risk Management’ for 2016, was chaired by Justice (Dr.) Arijit Pasayat, Chairman, Golden peacock awards Jury, former Judge, Supreme Court of India.

“It has been our constant endeavour to evolve and incorporate the highest standards of risk management practises keeping in view the rapid business growth and increasing business complexities.  The top management owns the risks which are embedded within all levels of the organisation and tracked via web based governance tools to ensure effectiveness and efficiency of risk management. This facilitates achieving maximum governance with less government. I commend Anshul for his efforts in creating awareness and facilitating the process of change” said Alok Mehta, Group Head Corporate Governance, InterGlobe. Commenting on this award, J.B. Singh, President and CEO, InterGlobe Hotels, said, “We are delighted to be recognized for our initiative. The management of risk is an integral part of our management practice and this award motivates us further to improve, energise and regenerate the work we do. I would also like to congratulate my team for their great effort and contribution.”

InterGlobe Hotels have 14 operational ibis properties across the country and another two in Coimbatore and Hinjewadi, Pune set to launch later this year. The group’s property in Kolkata which is under construction will be operational by the end of 2018. With another 4 hotels under development and planning, IGH’s total inventory in India is projected to be 3,800 rooms by 2020.