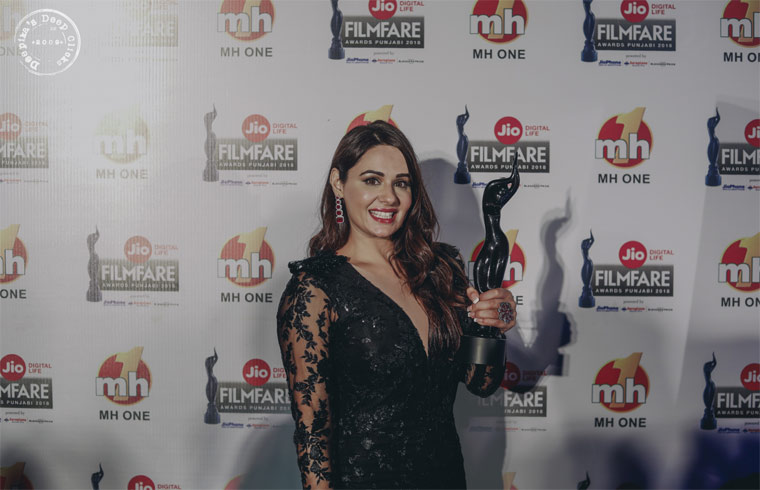 She went on to sizzle the stage with her hosting expertise and high-on-energy dance performance with Punjabi singer and actor Ranjit Bawa, who is also her co-star in the upcoming Punjabi feature film ‘Khido Khundi’.

Mandy Takhar has signed up with BeingU Studios for her pop-music debut with the song ‘Lado Rani’. She has collaborated with the iconic Dr. Zeus in the video. She was also seen in the Punjabi blockbuster film Sardaar Ji opposite singer-actor Diljit Dosanjh and had won the PTC Award 2016 for best actress in a supporting role for her performance in the same. Sardar Ji is the highest grossing film of Punjabi cinema till date.

Commenting on her achievement, Mandy Takhar said, “Winning Filmfare Best Actress Critics means to work even harder in future to keep on living upto this merit. I usually give my awards to my father but this one I will put right where I can see it as soon as I wake up so I am reminded daily what I have to live up-to”.

With all of it coming her way, we can definitely conclude that there’s no stopping for Mandy anytime soon and she has a lot more on her plate right now.

Tags:
Previous Article
Nestlé MUNCH gets a whole lot Crunchier and Nuttier
Next Article
MTV Beats ‘Flashback’ Tunes You Back Into The Glorious 90s