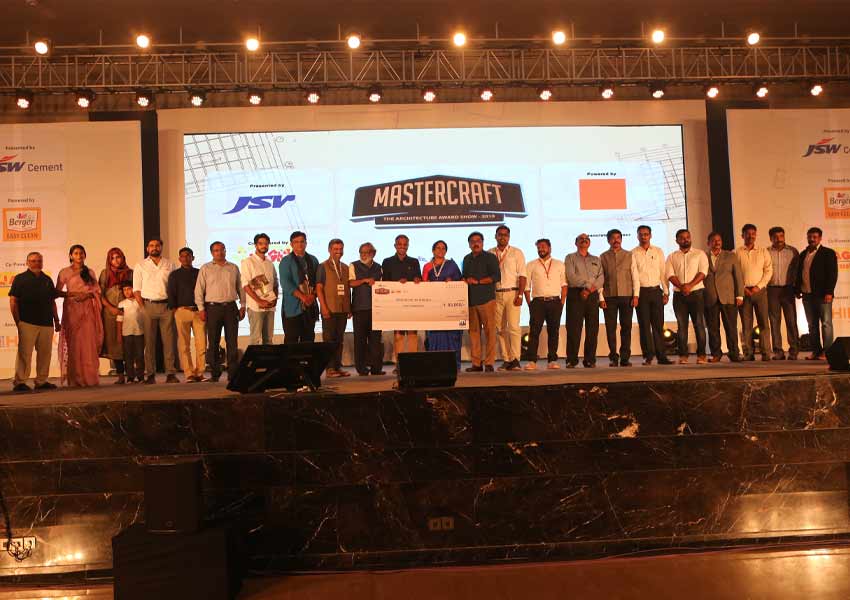 For Malayalees, home is more than just a roof above their head. It’s a status symbol. Everyone wants their home to be an iconic landmark. It is said, a Malayalee invests a major portion of his savings for building a beautiful home. With the growing disposable income and availability of modern decorative building materials, more and more people are engaging professional architects to make their dream house a reality.

Congratulating the winners, M V Shreyams Kumar, Jt Managing Director, Mathrubhumi Group said” The season 3 of Mastercraft reflects a whole new light on Kerala’s architectural scene, this year we received over 1000 entries out of which we shortlisted 35 winners under various categories, we are glad that we are able to create a benchmark in the field of architecture by encouraging talented architects to showcase their projects in a bid to win the top honours”.

The event was organised by Mathrubhumi News team, with the able support of Redmic events.

The awards night was concluded with the mind blowing performance by Mentalist Aathi.