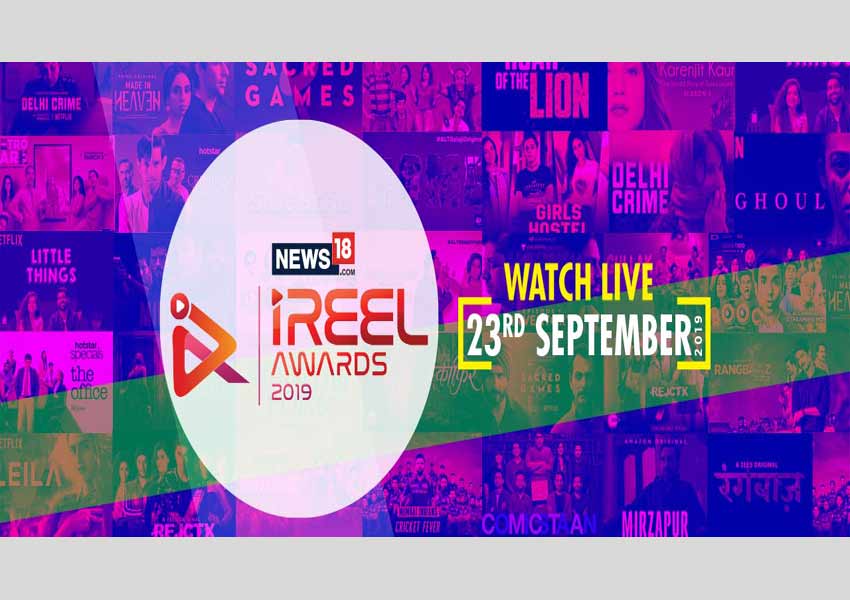 News18.com announces the second edition of its marquee property – News18 iReel Awards 2019. This is to honour the best in the world of web shows.

The award ceremony is set to take place on September 23 in Mumbai. News18 iReel Awards 2019 will celebrate the outstanding contributions of brave and talented digital storytellers who have created binge-worthy shows for the Indian audience.

The evening promises to be a star-studded affair that will see nominees like Nawazuddin Siddiqui, Pankaj Tripathi, Jackie Shroff, Shefali Shah, Dia Mirza, Shweta Tripathi compete to win these coveted awards. The nominations include the exceptional work put forth by these stars for their remarkable performances in Sacred Games 2, Delhi Crime, Criminal Justice and other names that are wildly popular not only in India but enjoy a global presence as well.

Over the years, content on the OTT platform has changed dramatically. While some shows have followed a set pattern, others have shown the willingness to explore beyond the regular storylines. News18 iReel Awards intends to support such shows that have rewritten and redefined the rules of the game. Bringing together content creators, performers, digital influencers and storytellers under one roof, the event seeks to create a-night-to-remember.

For this year’s edition, the winners of the prestigious awards are being identified through a panel of jury and via online voting. Helmed by renowned film critic Rajeev Masand, the panel will also include Priyanka Sinha Jha, Group Editor, Entertainment, Network18. The audience and readers of News18 are also invited to vote for the best storytellers of 2018. The voting lines are open now. While the online voting has a 20% weightage on the final results, the jury panel will account for the rest 80%.

Nisha Narayanan honoured as ‘Business Leader of the Year’