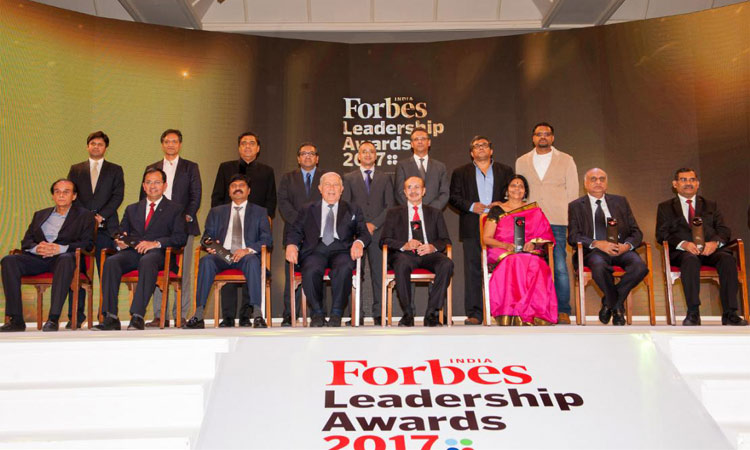 The prestigious Forbes India Leadership Awards 2017 ceremony acknowledged the contributions of visionary Chief Executives, Entrepreneurs, and Business leaders across industries pan India. It lauded leaders who had exhibited the ability to ride through rough business situations, were open to embracing new age technologies, displayed courage under pressure, were change leaders and consistently showcased the ability to take risks.

The objective of the event was to recognize and reward the contribution of India’s Business Leaders who had gone out of their way to make a difference in their industry, massively contributed to their sectors and the economy, and raised the bar in 2017. Veteran business legends came together with future significant young stars at a power-packed glittering ceremony that celebrated their success across corporate leadership and enterprise.

Percept ICE’s scope of work included conceptualizing, planning and executing the entire show inclusive of designing the entire stage and set to handling the entire technical production of the show. Percept ICE seamlessly managed the entire event to create a larger than life experience for all the industry leaders attending the ground event. The spectacular visual content of the show was designed entirely by Percept ICE. The Percept team went a step further and identified the entire layout of the hotel with an aim to raise the standards of hospitality with utmost detailing therein creating a charismatic, fascinating and remarkable décor.

Commenting on the phenomenal success of the event, Nazneen Karimi, Chief Executive Officer, Percept ICE reiterated Percept ICE’s dedication and commitment to the growing domain of special projects, events and convention. She said, “It’s an honour to manage and execute the Forbes India Leadership Awards 2017 four years in a row. This project added another feather to the long run and successful history of the Percept ICE team executing some of the biggest events in the media and industry domain. We are always committed when it comes to delivering client’s expectation and we are happy that we could deliver on both client and audience expectations. The experience of the show was magnificent and left every attendee thrilled, enabling them to build upon their feats and accomplishments of 2017 and increase their momentum towards greater growth and glory in 2018. Congratulations to the Percept ICE team who worked tirelessly towards making this a grand and unforgettable affair.”