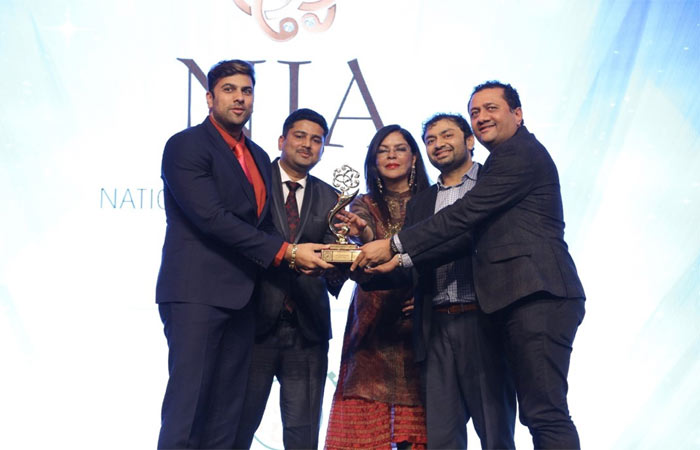 PNG Jewellers have placed special focus on their design in the last couple of years, and the efforts have been widely recognized by customers and the trade fraternity. These award winning designs have been meticulously conceptualized, designed, crafted and finished by the Design team at PNG Jewellers.

The brand has also done some robust marketing campaigns that have gained a lot of traction on traditional and digital mediums, ‘The best 360 degree marketing campaign of the year’ for their Diwali campaign. The campaign was launched pre Diwali and was successfully promoted across various verticals including In store branding, BTL, Cable TV, Radio, PR, Digital, Cinema, Outdoor, etc. The campaign gathered tremendous public response and reflected in creating a milestone campaign. The brand also received accolades at the Retail Jeweller India Awards 2017 for the best social media campaign for #IAMPNG that featured lucky customers being featured in the brand calendar and on their social platforms.

On this occasion, Mr. Saurabh Gadgil – Chairman & Managing Director, PNG Jewellers said, “We at PNG Jewellers are constantly working towards evolving the brand that comes with a great lineage, the best in every aspect whether it is design or marketing, we are now an international brand that appeals to global audience. I would like to thank the jury for recognizing our efforts and encouraging us wholeheartedly.”

Tags:
Previous Article
Jab Harry Met Sejal: Get a 50% cashback on your first movie ticket booking on Paytm
Next Article
Ride To The Roots, the untold story of Nucleya, to be screened at INOX cinemas

Ride To The Roots, the untold story of Nucleya, to be screened at INOX cinemas
MediaInfoline Aug 04