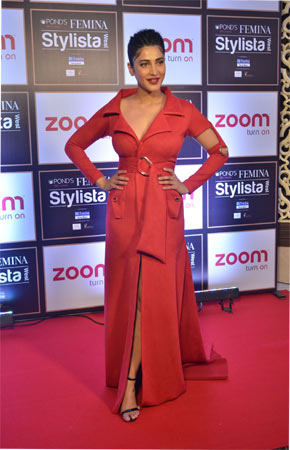 Femina, India’s no.1 women’s brand hosted the 6th edition of Pond’s BB+ Femina Stylista West – the most successful running talent hunt for young fashionistas. The night unraveled fresh faces that are trend-setters and exude style and panache. The finale held on 29th September at St. Regis, Mumbai was powered by Dr. Tvacha in association with Yuvraj Dhamale Corp and Four Pillars Global services. Of 16 gorgeous and talented contestants, Arshiyabanu Khatri was crowned as the winner of Pond’s BB+ Femina Stylista West.

Speaking About Femina Stylista West, Femina Editor, Tanya Chaitanya said, “Style for me is all about who you are, what you believe in and being inimitable. After six consecutive seasons of the Femina Stylista West, I can safely say that this is the best platform for stylish young women to realise their dreams and be hailed as the fashion-forward new find of the year.”

The first round of the grand finale witnessed contestants showcasing their unique style. In round two and three, the divas flaunted High Street Style and Red Carpet look which were put together using exquisite couture and jewelry by Geetanjali and Zilver, respectively.

Beautiful and talented women hailing from the West Zone put their best foot forward at the finale. With every contender showcasing their best qualities, the judges had a task at hand to select one as the winner. After much deliberation Arshiyabanu Khatri was announced as the winner while Sehez Malhi and Priya Ninawe were crowed as first and second runner-up, respectively.