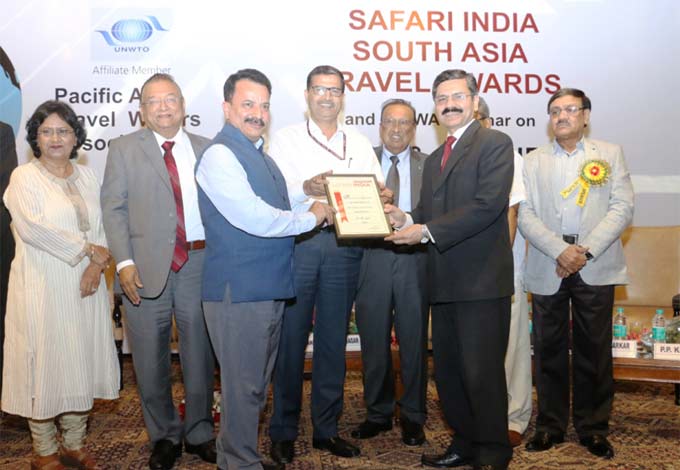 The Ashok, a legendary five star heritage property (a unit of ITDC), under the aegis of Ministry of Tourism once again made its presence felt by bagging three consecutive awards at a glittering ceremony of Safari India South Asia Travel Awards 2017 held at The Ashok, New Delhi.

The Ashok Hotel has been honored by Safari India South Asia Travel Awards as the ‘Best MICE Hotel’ in the industry. Hotel The Ashok has been honoured for setting the standard for the most extensive and impeccable convention services, which includes state-of-the-art audio visual equipment and multilingual translation facilities. The Hotel presents ideal options for weddings, conferences, state functions and theme events.

The awards were presented at the recently concluded Safari India Awards Show at The Ashok Delhi, in the presence of stakeholders, partners and representatives of Indian Tourism. The renowned Industry leader Mr. Ashwani Lohani and other distinguished guests graced the event with their presence and awarded the exceptional professionals for their contribution to the industry.

Reacting to the honor, Shri Piyush Tiwari, Director (Commercial & Marketing), ITDC said, “I Congratulate Team The Ashok and Team Marketing for making ITDC feel proud. The Safari India South Asia Travel Award for the best MICE Hotel Property establishes us a Brand which has been a strong contributor to the revolution of MICE Industry in India. As strategic and marketing initiative, we have always been focused on positioning The Ashok as the property which offers specialized multi-activity platform to the MICE events and build ambience of growth and productivity.”

Mr. Rajiv Anand, General Manager (Corporate Marketing & Sales/PR),  has been awarded with Safari India South Asia Travel Awards 2017 for the ‘Best Professional-Marketing’ for his quick analytical abilities and motivating personality. He has been with ITDC since 3 decades now and has contributed tremendously to the growth of the organization with his ideas and initiatives by working beyond his abilities to showcase exemplary performance.

Mr. Pankaj Mittal, Executive Manager (F&B) the Ashok received the honor of ‘Best Professional- MICE’ at the ceremony for his sound knowledge and valuable contribution to hotel operations derived from 22 years’ experience. Mr Mittal began his career as a management trainee with The Ashok Group of Hotels and has since worked in varying capacities in different hotels of the Group.

Hailed as one of the highest honors in the industry- Safari India South Asia Travel Awards is one of the most reputed awards honoring excellence in tourism, aviation and hospitality sector under more than 20 categories including awards for best professionals in tourism, aviation and hospitality sector, best individuals, hotels, destinations, hotels and airlines among others. 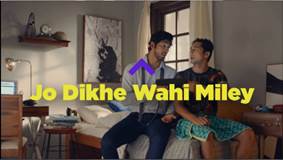