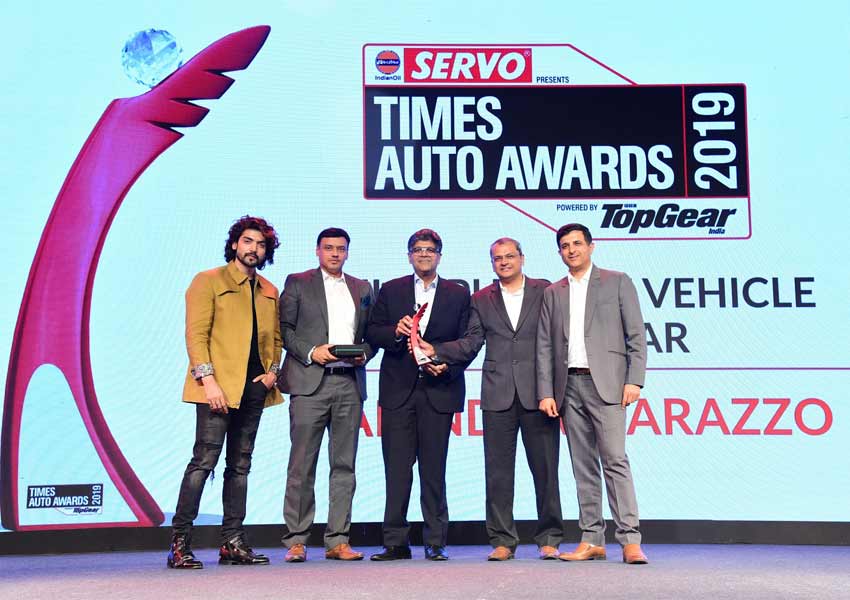 Times Auto Awards 2019 Powered by BBC TopGear India brought the Indian automotive industry stalwarts together by recognizing the best machines and innovations at a star-studded evening at Mumbai on 8thMarch, 2019.

The evening witnessed leaders from automobile industry along with celebrities like Patralekha, Gurmeet Choudhary, Mustafa, Sameera Reddy, Radhika Madan and Abhimanyu Dassani among others gracing the celebratory event to cheer for the big wins.

Awards 2019 Powered by BBC TopGear India, Sivakumar Sundaram – President, Revenue, BCCL said,“With a firm emphasis on credibility and integrity, we successfully brought together the two powerhouses Times Auto Award and BBC TopGear India. We are proud to put together a property which has set a benchmark for the automobile industry.Both Times Auto and BBC TopGear are brands that are very competent and strive to excel in every way. We look forward to the success of this association as well the continued legacy of the award show. These awards represent the best of the best, i.e automobiles that deliver more than what is expected from them and which is beyond comparison.”

The winners across 22 categories were selected based on an exhaustive procedure, where the winning cars and bikes are evaluated on various parameters like ride quality, driving dynamics, affordability, features etc. It consisted of a jury round where a credible panel of judges from the BBC TopGear India editorial team shortlisted the befitting nominees under each category.

The list of winners included cars like the Lamborghini Urus that bagged the Xtra Premium Hypercar of the Year award, the Porsche Cayenne that took away the Luxury SUV of the Year. Tata Motors were awarded Manufacturer of the Year. The top awards of the evening being theBike of the Year and the Car of the Year went out to the Royal Enfield Interceptor 650 and the Suzuki Swift respectively.

Girish Karkera, Editor of BBC TopGear India shared his views and said, “The success of an automobile can always be counted by the number of units sold or the amount of money it makes for its maker. What we are trying to do is recognize those who do so, while staying true to the purpose it was built for and stayahead of its rivals. This is a special bunch that deserves a special accolade.”

The multitalented Luke Kenny hosted the show as the event attended by all car and bike enthusiasts was held in all its splendor and grandeur. He also gave a phenomenal and entertaining performance along with his band Luke Kenny LIVE. The venue was studded with the competing hot wheels, as they gleamed and shimmered. The event was Presented by IOCL Servo, Powered by BBC TopGear India, with Associate Partner ICICI Credit Cards and Style Partner Aveerby Tanishq.