Utkarsh Pipes wins Brand of the Year 2018 at WCRC 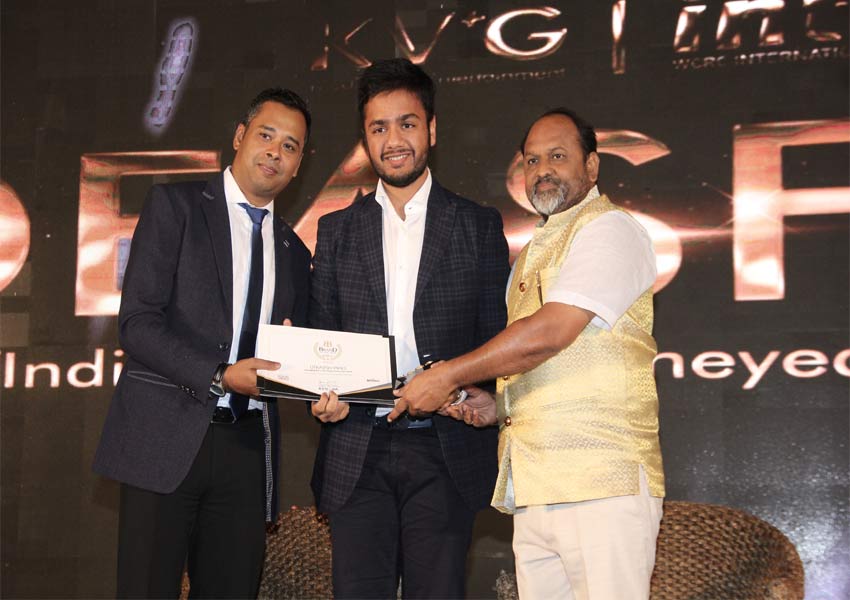 Utkarsh India known for its array of Infrastructural Products has won the prestigious Brand of the Year, Best Brand 2018 award from the World Consulting and Research Corporation (WCRC) International, a brand equity research and consulting firm, at the third edition of its IDEASFEST-2018 in Mumbai.
The award was received by Mr Utkarsh Bansal, Director, Utkarsh India. It was a matter of pride and prestige for Mr Utkarsh as he was carrying forward a decade long legacy with utmost success. He received the award from Mahadev Jankar, Cabinet Minister, Government of Maharashtra alongside Kinshuk Gupta, the COO of WCRC.
The award stands as a testimonial for Utkarsh India which has Infrastructural Products as its backbone. Speaking on the same, Utkarsh Bansal was quoted as saying, “ We have always strived for the best in our work and such recognition pushes us more to deliver with utmost efficiency and hardwork. We are also proud to be known as a trusted brand in the Infrastructure space and promise to meet the best”.
Serving and facilitating the availability of the basic demands of life such as water availability, power availability, light, transportation (via railways), safety etc Utkarsh India via their products which deals in PVC pipes, poles, steel tubes, towers and railway electrification has become one of the leading and recognized manufacturers of infrastructural products in the country.