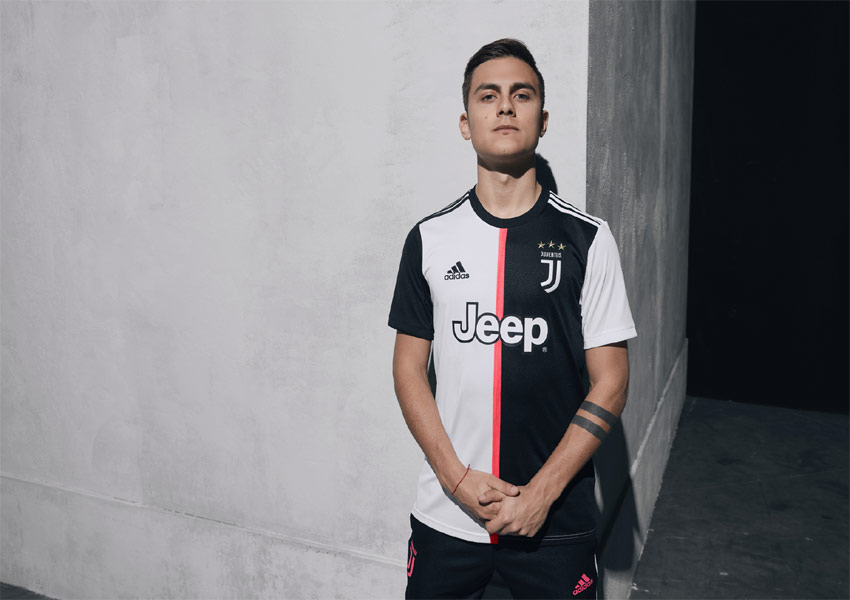 adidas Football launched home jerseys for Manchester United, Juventus and Bayern Munich clubs for the upcoming 2019/20 season. The new home kit designs have stuck with to the traditions of the club providing a retro fell to the jerseys, yet maintaining the stylish flair.

The new Manchester United home kit revealed for the upcoming season, paying homage to the incredible 1998/1999 season in which the club made history by becoming the first club ever and since, to win the Premier League, FA Cup and UEFA Champions League; completing the iconic treble. The crowning achievement 20 years ago was their comeback against Bayern Munich in the Champions League final, with goals from Teddy Sheringham and, now Reds manager, Ole Gunnar Solskjaer. The date of the 3 title wins are displayed along the bottom of the shirt along with time of those famous goals were scored are shown on each sleeve, which will have a new club crest of black with gold stitching.The new Manchester United home kit will be worn for the first time on pitch in an anniversary game v Bayern Munich at Old Trafford on 26th May 2019. It will feature players who played in the famous match, 20 years ago. The first team will then wear the jersey in Perth on 17th July, during their preseason tour, against Leeds United.

The new Juventus home kithave evolved and improved on their traditional black and white stripes in favour of a monochrome look, now featuring two solid blocks of black and white, separated by a bright pink vertical line. The jerseys have steadily moved away from the black-and-white pattern, with their stripes becoming increasingly thicker. The new kit’s pink stripe running down the middle is a tribute to the colours of their original home kit.The jersey defines that traditions doesn’t hold you back, but inspires your to redefine the future through unity.

Bayern Munich’s new home kit features a unique diamond design that pays homage to the forward-thinking architecture and the atmosphere of the Allianz Arena.The traditional all-red design of the home shirt is emblazoned with the stadium’s unmissable diamond architecture, remixed and digitalised into a daring new pattern as the club look to the future whilst honouring the past. This year’s full kit will be true to the club’s red signature colour.For further information please follow @adidasfootball on Instagram or twitter to join the conversation.