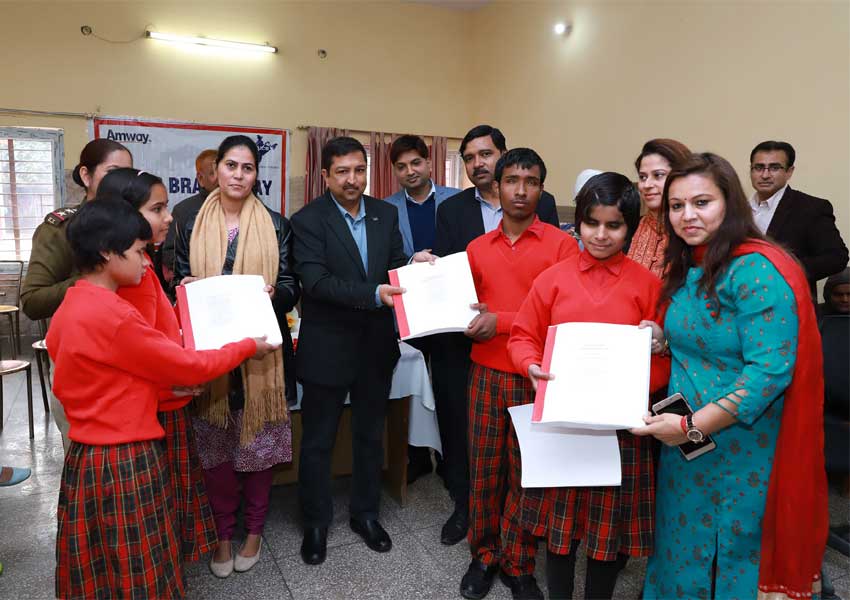 The event was graced by the Chief Guest, Ms. Usha Kundu, ACP CAW, Gurugram Police. Present on the occasion were Mr. Rahul Gupta, Vice President – Procurement & Planning, Amway India and Padma Shri J L Kaul, Secy. General, All India Confederation of the Blind. As a part of the program, a special cultural dance performance was organized by the visually impaired students of AICB, followed by Braille reading by the students. The event witnessed an active participation of Amway direct sellers and employees.

“I wholeheartedly thank Amway India for organising this competition for our students and celebrating the birth anniversary of Louis Braille. It has been our endeavour to ensure that our young students are provided with multiple opportunities to succeed in life. With the support of Amway, we have been able to offer these facilities to our students”, said, Padma Shri JL Kaul, Secy. General, All India Confederation of the Blind.

Louis Braille invented the Braille system to enable the visually impaired individuals to read and write. World Braille Day is celebrated annually on January 4, the birthdate of Louis Braille to recognize his contributions towards helping the visually impaired individuals to remain part of the mainstream society by reading and writing as a normal person.

Tags:
Previous Article
Franklin Templeton is back with a new edition of The Marathon of Life
Next Article
Nikhil Sangha’s Happy Anniversary has a powerful social message for all