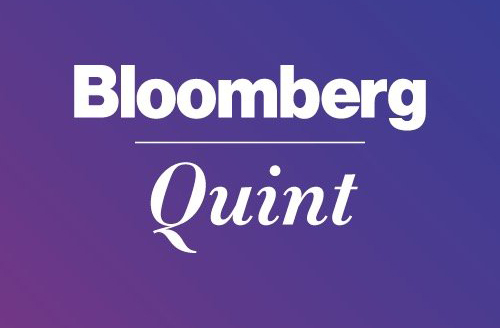 Bloomberg|Quint, India’s premier business and financial news company, has launched an editorial initiative to mark the 70th anniversary of the country’s independence. Christened ‘India’s Business Quotient’, this initiative showcases the opinion of top thought leaders on how India can lead in the 21st century. This exclusive, by-invite series has debuted with leaders such as Martin Sorrell (CEO, WPP), Anil Agarwal (Founder & Chairman, Vedanta Resources), RS Sharma (Chairman, TRAI), Shikha Sharma (CEO, Axis Bank), Rashesh Shah (Chairman & CEO, Edelweiss Group), Rajan Anandan (VP, India & SE Asia, Google), Ronnie Screwvala (Founder, UpGrad), Nilesh Shah (MD, Kotak Asset Management). Through op-eds, the leaders have opined on issues ranging from energy security to how India must project its national brand, from creating a global financial hub to the rise of edu-tech and the transformational impact of digital commerce. Over the next few weeks, many more leaders, carefully selected for their unique perspective and stature, shall be part of this activity. The focus will continue to be on ideas that can help raise India’s Business Quotient i.e. “India’s BQ” in the long term. This initiative is available on www.bloombergquint.com/indiasbq and is being presented in partnership with Manyavar.

Speaking on this, Anil Uniyal, CEO, Bloomberg|Quint, said, “What makes ‘India’s Business Quotient’ special is not just the stature of the leaders but the fact that they have painstakingly put down their diverse views and thoughtful insights on issues that really matter. For those seeking a deep perspective on how India can and should manage its future, this series is a must. This initiative aligns well with the pedigree and expertise that Bloomberg|Quint has come to symbolize within a short period of time.”

As will be recalled, Bloomberg|Quint is a partnership between global financial news leader Bloomberg Media and Quintillion Media, one of India’s fastest growing digital news ventures founded by serial entrepreneur Raghav Bahl. The partnership harnesses the unrivalled resources and pedigree of Bloomberg with Quintillion Media’s deep market experience in its business and financial news platform straddling digital, broadcast and live events.

Bloomberg|Quint provides high-quality business news and insights to India’s decision-makers, executives and entrepreneurs. Bloomberg|Quint brings together some of the most respected names in Indian financial media such as Raghav Bahl, Menaka Doshi, Sanjay Pugalia.  With a native, platform-first philosophy in content, Bloomberg|Quint has fast emerged as one of the most engaging business brands on digital. Bloomberg|Quint’s content spans engaging and innovative mobile-friendly formats including published articles, op-eds, live and produced video, data infographics and charts, social content, newsletters, polls and live chats, live streaming, photo essays and contests across its own and partner platforms including The Quint, Twitter, Yahoo, Facebook. Aside of reaching more than 2 million monthly users, Bloomberg|Quint has seen strong engagement for its content. During Budget 2017, Bloomberg|Quint delivered over 50 million in reach, including 15 million video views and more than 25k shares on social media, ahead of several legacy players in the space.