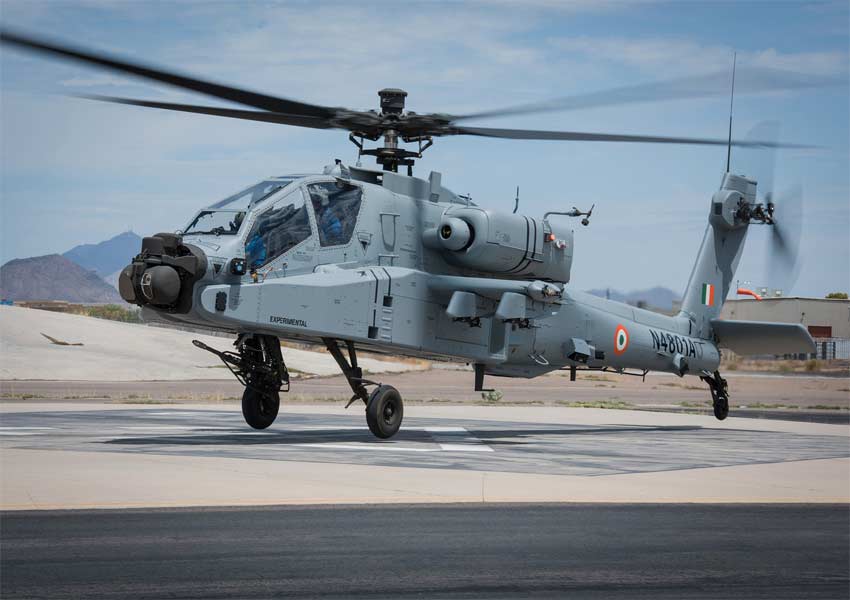 Boeing [NYSE: BA] and India recently took a significant step towards modernizing the Indian Air Force’s helicopter fleet by completing the first flights of Apache and Chinook helicopters destined for delivery next year.

“First flight of India’s Apache and Chinook helicopters are important milestones towards strengthening Indian armed forces capabilities,” said Pratyush Kumar, president, Boeing India. “India will receive the most advanced versions of both the AH-64E Apache and the CH-47F Chinook. Indian industry partners such as Dynamatics is building large sections of Chinook, and the Tata Boeing joint venture in Hyderabad is building the complete fuselage of the Apache.”

The contract for the Indian Air Force’s 22 Apaches and 15 Chinooks was finalized in September 2015. Additionally, six Apaches were cleared for purchase for the Indian Army in 2017. Fuselages for this Army order will be produced by Tata Boeing Aerospace Limited, the joint venture between Boeing and Tata Advanced Systems in Hyderabad.

The AH-64E Apache is the world’s leading multi-role attack helicopter and is flown by the U. S. Army, features enhanced performance, joint digital operability, improved survivability and cognitive decision aiding.

The Chinook is a true multi-role, vertical-lift platform, emphasizing heavy-lift transport of troops, artillery, equipment, and fuel. It is the helicopter of choice for humanitarian disaster-relief operations, in missions such as transportation of relief supplies and mass evacuation of refugees.

Boeing Partners with HAL and Mahindra for F/A-18