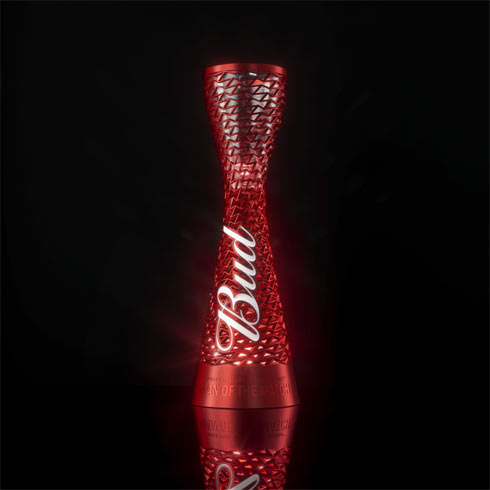 With the exhilaration of the most awaited sporting event across the globe,Budweiser Experiences, the Official Sponsor of the FIFA World Cup™, unveils its global campaign, “Light Up the FIFA World Cup™,” in India. It encapsulates the unparalleled euphoric energy of the world’s biggest sporting spectacle and the passion for energising fans as they watch and celebrate their favourite players, moments and teams throughout the tournament.

This year, Budweiser will bring alive the FIFA experience in over 50 countries; energising and inspiring the 3.2 billion football fans watching the World Cup. With India at the core of the campaign, Budweiser Experiences has launched a local version of the TV commercial highlighting the journey of thousands of drones heading towards different countries across the world to celebrate the FIFA fever. The drones are also shown flying across one of the most popular monuments in the country – Gateway of India in Mumbai. The spot culminates with the drones moving towards Moscow for the FIFA World Cup™ showcasing the energy and excitement at the FIFA World Cup™ this year.
Link : here
Commenting on this launch, Kartikeya Sharma, Marketing Director – India, AB InBev said, “Budweiser has always been at the forefront of curating ‘one-of-its-kind’ experiences and our association with the FIFA World Cup™ is yet another step in that direction. This is one of the biggest sporting spectacle across the globe and we aim to offer the ultimate opportunity for fans in India to come together through our integrated campaign for the 2018 FIFA World Cup™ and create the euphoric energy.”

Budweiser Experiences is further tapping into the FIFA fervor in the country by taking 35 football fansto the FIFA World Cup in Russia where they will enjoy the exclusive hospitality of Bud Hotel, Bud Club and Bud Boat. To increase the energy levels of the football celebrations across the globe, Budweiser will be launching their hero asset – special sound activated Red Light Cups. These cups will be available across n stadiums in Russia and via multiple consumer promotions and events in India. The brand also has exclusive access to the “Man of the Match” trophy of the FIFA World Cup and select consumers/ influencers will get an opportunity to present the “Man of the Match” trophy to star players.

To elevate the FIFA World Cup viewing experience, Budweiser Experiencesis all set to host screenings at 250 plus locations across the country and also, launch their own IP – BUD 90, which will, in the true sense, bring alive the FIFA World Cup™ vibe. Asound activated lens for Snapchat will also belaunched during the FIFA World Cup 2018 that will be a first in the world.