The fastest ever growing YouTube channel in the world, in the category of edutainment and pre-school learning space, ChuChu TV has achieved this milestone in just four years since its inception. The channel is currently the fourth largest YouTuber in India with its online audience larger than that of All India Bakchod (AIB), Viral Fever Videos or Comedy Nights, Colors TV and Star Plus. In terms of the number of views, ChuChuTV has a whopping 12 billion views across all its channels. Soaring high in the kids’ category, in Asia Pacific region and in India, it ranks number one and number two, in terms of subscribers, across the globe.

ChuChu TV is a YouTube based kid’s channel that offers educational videos and original nursery rhymes refreshed with an affirmative message. The content is planned to engage children through a series of upbeat songs and colourful animations. ChuChu TV has been making learning, engaging and fun for toddlers in over 75 countries worldwide, truly making the channel a global medium. Positive messages are at the heart of ChuChu TV’s entertaining songs and cartoons. Favourite nursery rhymes like ‘Chubby Cheeks’ and ‘Baa Baa Black Sheep’ promote the value of sharing and helping others, while ‘Head, Shoulders, Knees and Toes’ highlights the importance of exercising in a way that young children will comprehend. Their motto being ‘Spreading goodness among children,’ can be seen incorporated in every video they share for the young buds.

Vinoth Chandar, Co-Founder, CEO and Creative Director, ChuChuTV, says, “It is an honour to be recognized by YouTube and our audience alike. In this day and age, where children are growing up with technology, it is important to inculcate values in them and is best done through the medium that they are so comfortable with. Creating and sharing quality content exclusively for the kids has been our focal point and we are pleased that our endeavour has been appreciated by everyone. We are thankful and so happy that are content has found the “connect” with our audience and our efforts have have brought joy to millions across the world.”

Tags:
Previous Article
Laqshya Wins ‘Most Effective Campaigner Of The Year Award’
Next Article
Rewind with ‘Back to University’ at The Leela Ambience Convention Hotel 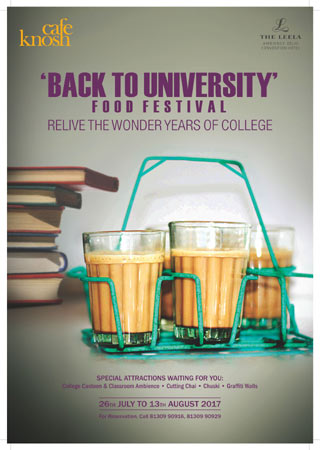