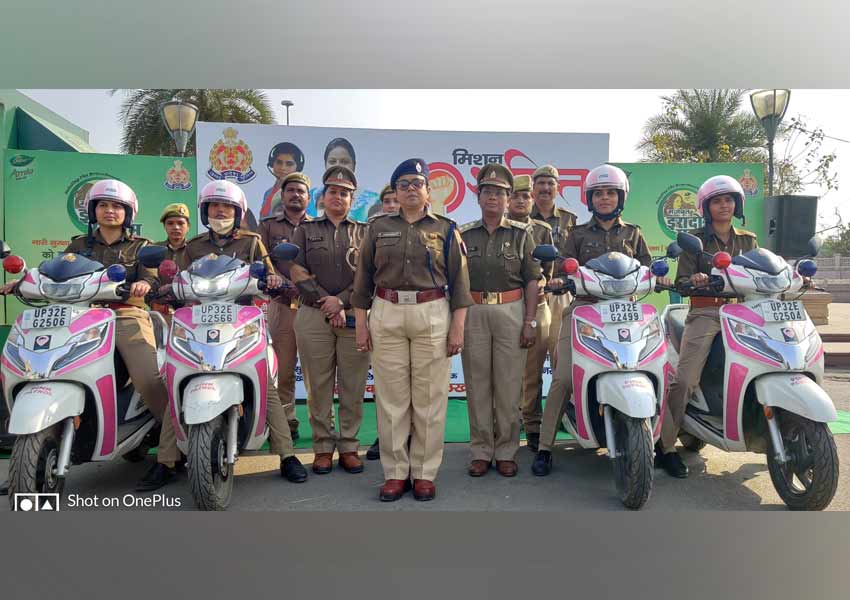 To honour the special police team of the ‘Pink Brigade’, Dabur Amla Hair Oil has joined hands with the Uttar Pradesh Police for its ‘MazbootIraadonko Salaam’ Campaign. The team has been created for the protection of women in Uttar Pradesh and the campaign was organized to spread awareness about the role of this team.

The campaign was conducted in Lucknow and other major cities. Signatures and best wishes were collected for the Pink Brigade, under this campaign along with video bytes to encourage and appreciate their efforts towards women safety.

“MajbootIraadon ko Salaam” is an initiative led by Dabur Amla to support and create awareness on the newly launched Pink Brigade for women’s safety under the Mission Shakti, in association with the UP Police Department. The program’s focus was on building a relationship of trust and faith so that women and girls can realize safety, security and freedom in society”.Mr. Rajat Mathur, Head – Consumer Activation, Dabur India Ltd said.

How the Pink Brigade has boosted the morale and ensured the safety of women in Uttar Pradesh and their role has been highlighted through this initiative. The importance of creating such special police forces has been focussed on the campaign and also why it is the need of the hour for the protection of women in the state.

Mr. Nilabja Choudhury, Joint Commissioner of Police, (Police Commissionerate, Lucknow) while handing over the Certificate of Appreciation to the officials of Dabur India, appreciated the joint efforts. He said, ‘There should be increased participation of corporate houses in such initiatives. This helps raise awareness on a larger scale’.

Ms. Ruchita Chaudhary, Deputy Commissioner of Police (Police Commissionerate, Lucknow), applauded the initiative of Dabur Amla which salutes and raises the morale of police forces and expressed gratitude to the people for their love and support.  She also handed over the Certificate of Appreciation to the representatives of Vritti Solutions Ltd for successfully organizing this event.

“For about 80 years, Dabur Amla has stood for strong and beautiful hair. The brand has always believed that real beauty comes from inner strength and taking this forward, Dabur Amla is now proud to be associated with this strong social initiative. We believe that the safety of women is their basic right and creates a platform for society to progress and strengthen from the roots. We thank the UP Police – with their unique, active and friendly special police team Pink Brigade, they have left no stone unturned to boost the morale and ensure the safety of women in the state”.Mr. Rajat Mathur added.