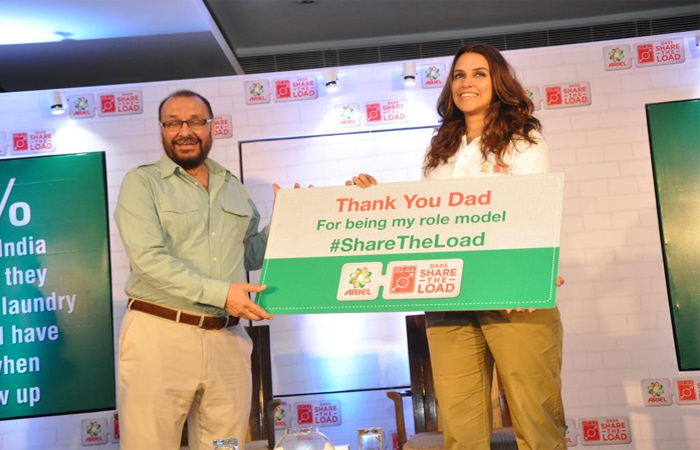 Ariel India’s Dads #ShareTheLoad movement has over the past month, already received global acclaim, with the campaign joining women across Indiain amplifying their debate for household equality. The conversation of inequality within the household, particularly when it comes to household chores is one of growing social importance for women across the country and indeed the world. In India alone, more than 80% of women believe that – men feel household chores are ONLY a woman’s job**!.

As the social debate continues to evolve, a new study by an independent third party reveals that 2 out of every 3 children believe that household chores are a mother’s job*, with the stereotype of gender roles being passed down from one generation to the next. A further astonishing  78% of married men in India agree that daughters who learn household chores have a happier married life, with the same percentage (78%) of girls surveyed in India stating that they should learn laundry as they will have to do it when they grow up. These statistics are a clear reflection of a deep-rooted prejudice with defined roles for men and women.

Ariel India’s Dads #ShareTheLoad movement joins women in bringing this conversation to surface and has already received local and international support from the likes of Pankaj Kapoor, Supriya Pathak and Tabu to Sheryl Sandberg and Melinda Gates. The movement has created a strong resonance with men and women alike, with dads now stepping forward to join the cause. Commander Pradip Singh Dhupia, Retd., father of renowned Bollywood actress Neha Dhupia was delighted to add, “We’ve always believed in equality within the household and have strived to ensure that the best example is set for our children. I never wanted Neha to grow up thinking laundry was ONLY a woman’s job! I’m glad to join Ariel India’s movement to spread this important message and encourage more fathers across the country to join us and put an end to the prejudice of household inequality!”.

A very proud Neha Dhupia commented, “How we are raised has a profound impact on our outlook towards the world, and I am very proud to say that my mother and father always thought me the value of equality! Be it within the household or outside, my dad always made sure to #ShareTheLoad, and this was the example we grew up with. Who I am today, my career, my success, is all deeply rooted in these values that they set forth! I am excited to join Ariel India’s #ShareTheLoad movement together with my dad and help spread this message to millions of dads across the country! Something as simple as doing the laundry, can go a long way in bringing about balance within the home, and with Ariel you get the additional benefit of best stain removal in 1-wash!***”

Commenting on the Movement, Associate Brand Director, Sharat Verma said, “Research shows that more than 70% of children today believe that household chores like laundry is only a mother’s job*. This prejudice of household inequality is being passed down from one generation to the next and Ariel’s movement aims at supporting women and men across the globe as they bring this issue to the forefront. In order to help drive change we are glad to join this conversation and encourage Dads to #ShareTheLoad! With Ariel, and get the best stain removal in 1-wash***.”

The new film from Ariel India has more importantly received the support of women across the globe as they continue the debate on household equality.

You can join the Dads #ShareTheLoad Movement too!

Ariel and Whirlpool spread the message of gender equality with #SHARETHELOAD 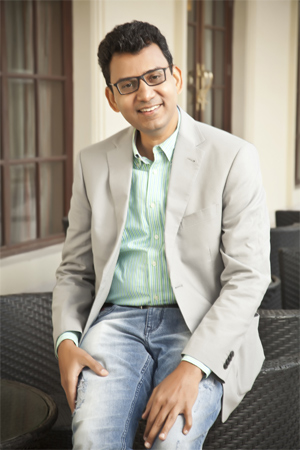