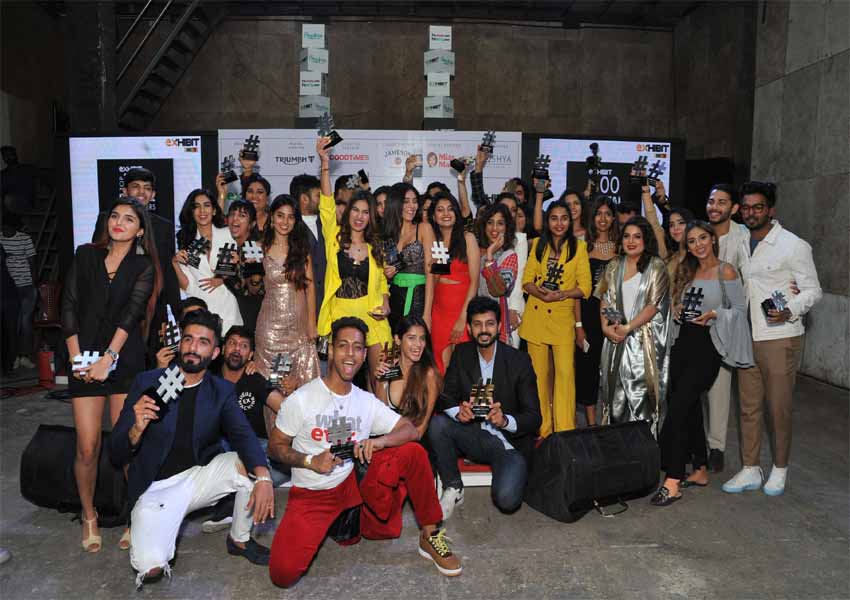 Exhibit’s Top 100 Influencers were first shortlisted from over 1000 profiles, each based on their content, engagement and their influence on the digital generation. The top 200 blogs were then opened to public voting, that went live in early April. The much awaited awards was an initiative to felicitate the influencer and blogger community consisting of breakthrough individuals who have positively impacted netizens.

A special highlight of the evening was the felicitation of none other than Malini Agarwal who founded the widely popular MissMalini blog, and its allies. The boss lady won the title of Woman Influencer of The Year for her contribution to the blogging space amidst the fanfare of the stellar party. The ceremony also witnessed the felicitation of a special category, the Editor’s Pick awards. Winners in this category saw Prajakta Koli, Ashish Chanchlani, Riya Jain, Usaamah Siddiqui, Radhika Bangia and Parul Gulati bag top honours.

Commenting on the first-ever edition and an impressive line-up of winners, CEO & Editor-in-Chief at Exhibit Group, Ramesh Somani, said, “Congratulations to all the winners! It’s been a fantastic last couple of weeks putting together the most influential names in the ever-dynamic social networking space. The buzzword today that has taken the digital world by storm is – ‘Influencer’ and what better way to honour these achievers and content creators who are leaders in their own right! The inaugural edition was also extremely overwhelming for us as most of the influencers received an honour for the very first time in their lives and we’re pleased their journey to success began with us.”