Millennials today across the world are obsessed with their smartphones and are getting more dependent on their devices and the internet by the day. This has led to a new phenomenon called phubbing which has become rampant in our everyday lives. Phubbing is the term used to describe the habit of snubbing someone in favour of a mobile phone. Knowing or unknowingly most people today choose to look into their phones even as they sit across the table from someone. However, the fact remains that offline social interactions had and will continue to have more depth than any online conversations and the key is not to let online interactions replace interactions offline.

With this belief, Vodafone had launched the #LookUp campaign on Valentine’s Day this year which encouraged people to keep their phones aside and have real conversations with their loved ones. The social experiment received an overwhelming response.  The thought was then extended to Father’s Day and the response once again was phenomenal.

Siddharth Banerjee, EVP – Marketing, Vodafone India: “India is one of the fastest growing Data markets today, and more and more conversations happen online on social media. From the launch of the #LookUp movement around Valentine’s Day, to building momentum on Father’s Day and now releasing the 3rd story on Friendship Day, the #LookUp movement is gathering huge applause. The #LookUp campaign has struck a chord among millions of Indians – with over 50 Million Video Views, 80,000 conversations, almost 260,000 people engaged & industry best Video View Completion rates, the #LookUp movement in only growing from strength to strength, and continues to inspire the Youth & grow brand love for Vodafone.”

Hirol Gandhi, EVP Ogilvy India: Relationships have moved from being warm and personal to being online and distant. While one can argue that the internet brings the world together, it  is also making people grow more apart. As a brand which is a partner to one’s relationships, we wanted to take a relevant stand against Phubbing and ask the youth to indulge in real conversations with each other.

Research and data on India embracing feature phones and social media usage is erupting everywhere. A recent study by Kantar, IMRB and MMA on the feature phone usage in India indicated that people in India spend about 3 hours a day on the phone.

Kiran Anthony, ECD Ogilvy India:  In our Friendship Day film, we chose to showcase the youth and their relationship with the internet and social media, and how they are today sub consciously choosing to ignore the connections that can be made offline while enhancing their connections online. It really is a representation of a lot of us.

Please check the film on this link: https://youtu.be/1qHL5_sNN8E 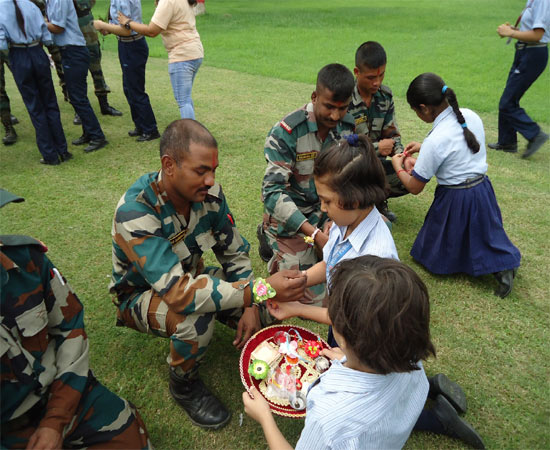