As Delhiites become part of India’s first experiment at car rationing to combat air pollution, the world’s largest bicycle manufacturer Hero Cycles has launched an aggressive social campaign to promote the idea of cycling to work as an environment and health friendly initiative for the city.

Hero Cycles has tied up with Radio Mirchi to send out a strong impactful message cutting across masses urging them to get up and ride cycle to make Delhi a beautiful city to live in. The idea is to make cycling a movement among Delhi’s residents who are reeling under the impact of choking air and traffic.

Additionally, the company is also initiating social awareness measures to promote the idea of cycling to work among the people of Delhi. These initiatives will include strong messaging through social media that will discuss the health and environmental benefits if a large section of the city’s populace turns to cycling as a means of daily transport.

As a part of this initiative, ‘HERO CYCLISTS’ will ride all around Delhi catching people’s eyeballs and promoting cycling. They will ride around some of Delhi’s busiest areas on bicycles and start a conversation with people about the need to adopt eco-friendly cycles as a mode of transport.

The adorable cycle bell or ‘ghanti’ has become the symbol of this campaign titled #Dillikighanti on social media. Under this campaign, volunteers will distribute as many as 15000 ‘ghantis’ at high footfall areas in Delhi NCR including Connaught Place, Rajouri Garden, Sarojni Nagar Market, Metro stations etc to encourage the idea of rising bicycles among the residents of the capital.

“We whole heartedly support Delhi’s car rationing experiment and believe such measures need to be adopted on a long term basis if we want to ensure healthy life for our children. Apart from improving public transport system, it is equally important to develop safe cycling zones to encourage residents of the city to cycle to work, especially if they live at a distance of less than 10 kms from their work place. It was encouraging to see Delhi’s Deputy Chief Minister cycle to work. We need to make cycling a national culture much like many European cities have done,” says Mr Pankaj Munjal, Chairman and Managing Director, Hero Cycles.

Mr Munjal, who has for several years actively campaigned for India’s cities to be made more bicycle friendly says raising social awareness among people and increasing the acceptability of cycling among the urban elite (who normally use plush cars) is an important social initiative. However, he agrees that this needs to be supported by transport and urban development policies that make roads safer and convenient for bicyclists.

Be it Barcelona, Ottawa, Paris, Perth and to some extent Beijing, a number of modern cities have been designed to suit the needs of cyclists as much as those of four wheeler users, resulting in a major chunk of their populations riding cycles on the roads.

In Amsterdam, the capital city of Netherlands, cycling culture is so rampant that almost 40 per cent of the city’s traffic moves on bicycles. In Berlin as many as 4 lakh people cycle to work each day. In Copenhagen, almost a third of the workforce take a bike ride to office.

Despite the fact that India still falls in the lower income bracket of countries where it is possible for more people to afford a bicycle than a car, our choc a bloc cities are adding thousands of four wheelers every day. This new campaign aims to change the social consciousness about cycling.

Hero Cycles, the world’s largest bicycle manufacturer, registered a phenomenal sale of over 6 lakh units in December, making it the highest one month sale in the history of the bicycle industry by any cycle company in India. 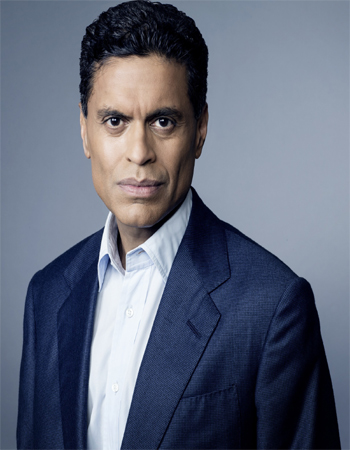