After the success of Hyatt’s Anything is Possible web video seriesin France and the Middle East, the spotlight has shifted to India with the series’ conclusion. Employing elements which are central to Indian society – such as strong connections, family and celebrations – the three-episode Indian narrative tells the captivating taleof a young urban Indian couple as they meet and then connect with each other. The series is written and produced by the Paris- based production companies — Partizan and Vroom — who also created the French and UAE videos.

Link to the trailer

#AnythingIsPossible India is woven around the journey of a young couple as they meet and embark on the adventure of a lifetime, based on the world of possibilities unlocked at Hyatt. Three Hyatt hotels in India (Hyatt Regency Delhi, Grand Hyatt Mumbai and Andaz Delhi) havecollaborated to tell theenchanting story ofthe couple experiencing luxury and exceptional care on the special moments of their lives.

Speaking on the series, Kurt Straub, Vice President, Operations (India) for Hyatt Hotels and Resorts, said, “Keeping in mind the importance of India to Hyatt, and the success of #AnythingIsPossible France and UAE, we were inspired to introduce the seriestoIndia. This also gives us an opportunity to showcase the six Hyatt brands and 27 Hyatt hotelsin India throughan engaging narrative which traverses cities, cultural norms and generations.”

#AnythingisPossible India (Season 3) takes the viewer on a luxurious journey through the story of a young couple who meet each other due to a fortunate stroke of serendipity and embark on an adventure of a lifetime. The video shows the joyous experience of Adi and Riya as they meet, unite and celebrate their wedding day by enjoying all that the hotel offers them: splendid and unique venues, impeccable service and assistance from associates to make every moment seamless and unforgettable.

Paul Conquet, Founder, Vroom said, “#AnythingIsPossible India is the third opus of a successful program custom-made for Hyatt by Vroom and Partizan. It aims at showcasing the Hyatt hotel brands in the country in an innovative way, while telling stories that allIndians can relate to, at one point or the other. We shaped stories and brought them to life; the result is a modern take paying tribute to the tradition of India, with Hyatt hotels and millennials at the center of the adventure.”

After the series’ premiere of #AnythingIsPossibleIndia with a trailer launch on 3rd November, the first and second episodes of this series are now available on Hyatt’s YouTube channel, in addition to the UAE andFrenchvideo web series.The two Indian episodes of #AnythingIsPossible will be followed by the final sequel on November 24th. On following all the three different stories closely, viewers will discover that all episodes are centered on some of the most important moments in a couple’s journey. 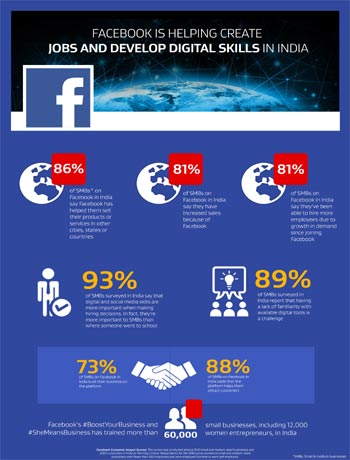