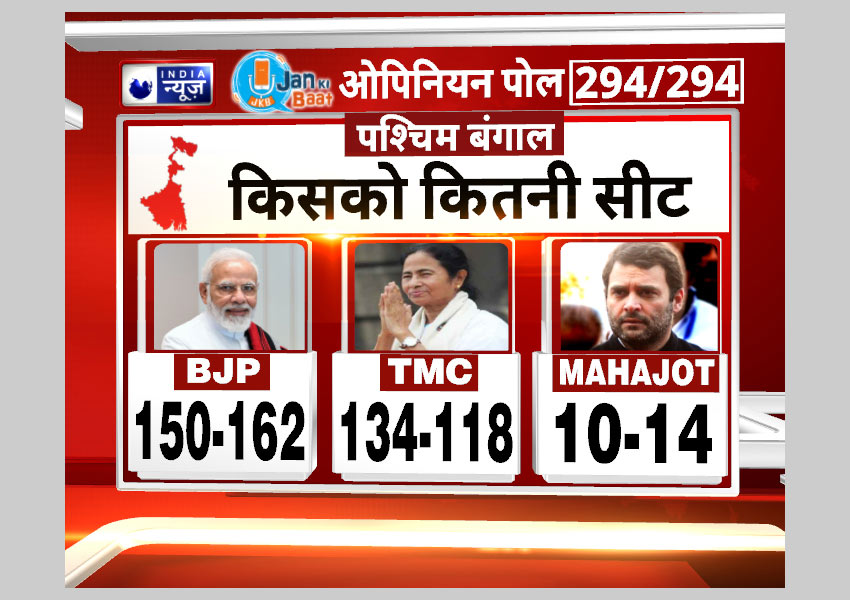 The India News – Jan KiBaat opinion poll has predicted a historic victory for the BJP in West Bengal by projecting 150 – 162 seats for the saffron party.

If the numbers are to go by, Mamata Banerjee who is fighting to retain her seat amid a spate of resignations from her party could face a setback. The opinion poll projects anywhere between 118 – 134 seats for the Trinamool Congress and a voteshare of 44.10%. The grand alliance between Congress, ISF& Left is projected to get anywhere between 10 – 14 seats in the West Bengal elections. The survey was conducted by a team of 300 field researchers and analysts led by celebrated psephologist Pradeep Bhandari. The poll has been conducted with a sample size of over 40,000. The biggest headline of Opinion Poll is that Mamata Banerjee could face an upset in Nandigram.

When it comes to Assam, the pre-poll survey suggests that the BJP will retain the state despite unpleasant CAA, NRC and flood issues. In the battle for Assam, the survey states Congress will clock more voter percentage at 42.5 as against BJP’s 40.5 PC, but when it comes to seats BJP will get a clear mandate with 68 to 78 seats, with Congress anywhere between 48 to 58 seats. The logic being BJP will gain in many constituencies with wafer thin margins while the Congress will consolidate in constituencies where the fight is more or less one sided.

The regional parties are expected to pocket 17 PC vote share but when it comes to seats they will score a zilch. 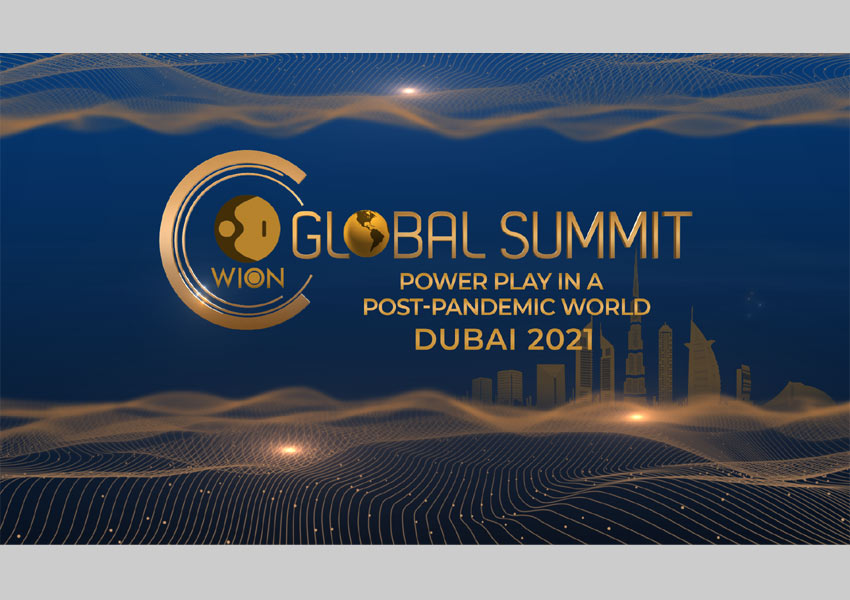