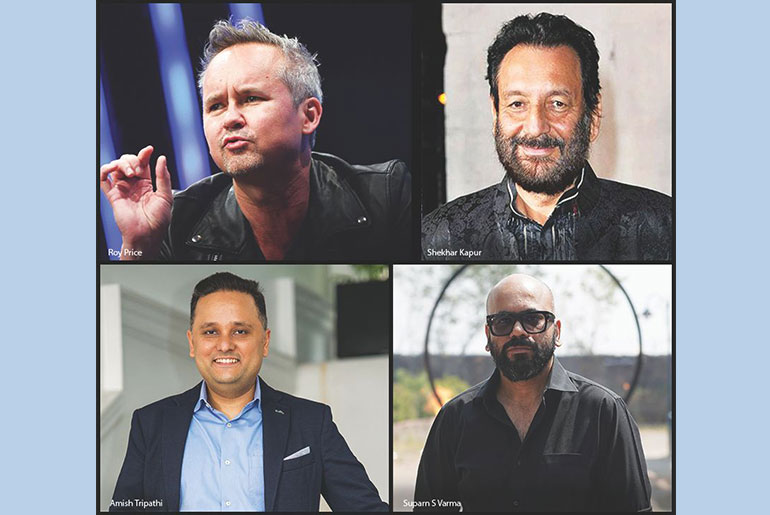 The uniquely positioned global entertainment studio, International Art Machine, helmed by Amazon Video founder and Emmy and Globe series winning studio executive, Roy Price, enters the Indian market by acquiring the rights for the adaptation of the fastest-selling book series in Indian Publishing History – The Shiva Trilogy, penned by author, Amish Tripathi. For the first installment, ‘The Immortals of Meluha’, the entertainment studio has brought on-board Oscar winning filmmaker, Shekhar Kapur to direct. Fresh off the back of the success of Family Man 2, Suparn S. Varma will be showrunner and director of the series. This ambitious project, starting with the highly celebrated 1st book of the Shiva trilogy, ‘The Immortals of Meluha’ is all set to begin, translating it into an exciting digital show for a much-anticipated audience across the globe.

On the project, Director – Producer, Shekhar Kapur said, “Amish’s Shiva Trilogy has been India’s great publishing sensation, crossing every age and class. It’s not just mythology, it’s modern storytelling at its best. Lending itself to a beautiful international series”

Translated across 20 languages to cater for its colossal demand, Amish Tripathi’s Shiva Trilogy is the fastest selling book series in Indian history.

Excited about the collaboration, Amish Tripathi, Author – Shiva Trilogy shared, “One couldn’t have asked for a better team than this to take my books into the audio-visual world. Shekhar is an Oscar-winning filmmaker who is among the best living Indian directors. Roy is among the most successful Hollywood executives, having created Emmy and BAFTA winning series. Suparn is one of the finest young writer-directors in modern India, having helmed the critically acclaimed and hugely successful Family Man 2. I am sure that with a team like this, we will create a web series that is worthy of Lord Shiva.”

“The Meluha trilogy by Amish Tripathi is a genre-defining book and has become part of the pop-culture of the country. I loved the reimagining and the world-building involving two of my favorite gods! The scale of vision and the ambition of our show visually and emotionally is as huge a task but we want to bring to audiences a vision that has never been seen before on screens”, said Suparn S. Varma.

International Art Machine believes that great content across entertainment sees no cultural boundaries. They aim to bring together the choicest storytellers to make content pieces at home and successfully carry the banner of global originals across the world. As they enter India, International Art Machine is committed to creating credible, creative, commercial stories across theatrical and digital platforms and are partnering with the top brass in the business for a massive launch slate. They begin with Shiva followed by a political thriller with Dibakar Banerjee and dramedy helmed by Preity G. Zinta.

“The premise of International Art Machine is that we are entering a new peak era for Asian original cinema and television. Everything we do supports that vision. India in particular, with its many people and stories, is poised to be a leader in a new multi-polar entertainment world. I could not imagine a better project to start IAM’s life than Shiva, and there is no better dream team to fully realize the potential of Amish’s novels than Shekhar Kapur and Suparn S. Verma. It was meant to be! At International Art Machine our goal is to partner with creators across Asia to produce series that will be game changers at home and successfully carry the banner of Asian originals abroad. We are very excited about Shiva, The Kitty Party with Preity G. Zinta and Gods with Dibakar Banerjee as our first slate in India”, signs off Roy Price, CEO, International Art Machine