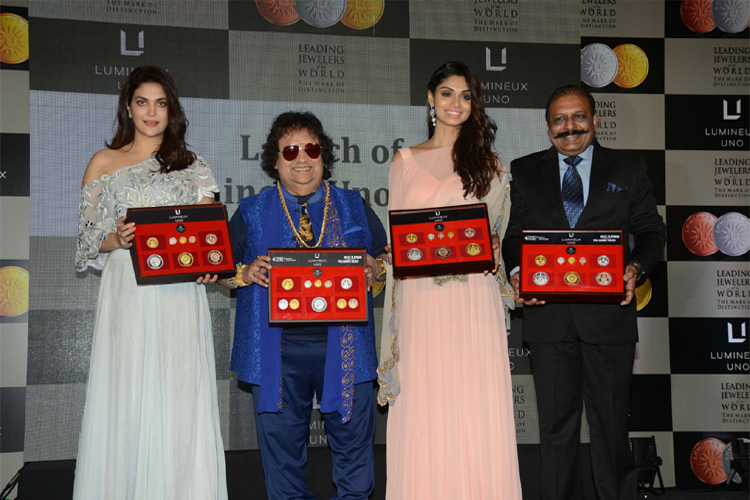 Close on the heels of the announcement of Lumineux Uno, a new age premium luxury metal – an amalgamation of Gold, Platinum, Palladium and Silver with 95.5% of pure precious metals, Leading Jewelers of the World launched the new Lumineux Uno Coins & Bars collection for the festive season at an event this afternoon. BappiLahiri, who epitomized the Indian proclivity to the yellow metal and has for long been the golden icon declared his decision to happily shift to Lumineux Uno! Bappida launched the collection of Lumineux Uno bars that come in denominations of 10gms and 50gms, and the coins are available in 5gms, 10gms, 15 gms, 20gms and 50gms at the press conference. The coins and bars were launched in the presence of beauty pageant title holders, Ms. AnkitaShorey (Femina Miss India) and Ms. AafreenVaz. The coins and bars are available in three distinct variants – white, plated in yellow and rose gold and present a new and unique gifting solution for the Indian consumers.

The launch of Lumineux Uno is supported by an extensive multi-media campaign including TVC, digital, outdoor and print that goes live from September 14, 2016. The TVC featuring Bappi Lahiri and Bollywood Actor Govinda, is driven by Bappi’s pride and love for gold which gets shattered when he sees Govinda adorning morelustrous neck piece from Lumineux Uno at a red carpet event. The campaign is based on a simple consumer insight that seeks precious metal and premium jewellery and she/he is ready to get dazzled by a new alternative innovation that is equally prestigious, glamorous and pure. The tongue-in-cheek campaign shows Bappida giving up gold for Lumineux Uno – the new age metal and his endorsement comes as a reassurance to the consumers that he is replacing one precious metal with yet another one! The campaign is conceptualized by Madvice along with independent Creative Consultant, Harshad Sharma.

Says Mr. Sanjeev Agrawal, LJOW, Director, “Lumineux Uno is an innovation that promises to provide an alternative precious metal with a higher lustre; sharper and more malleable; at far more affordable price than gold and platinum and more precious than silver. It has a lustrous white colour, almost like the colour of Platinum and also available in plated yellow and rose gold. It has an authorised third party XRF certification. The exclusive marketing, trading and distribution rights for Asia Pacific and the USA regions have been awarded to ‘‘Leading Jewelers of the World’’, a company incorporated in USA for providing marketing, sales and service platform to the large number of independent retailers in USA.”

The daily buying and selling price of Lumineux Uno is available on www.lumineuxuno.comand has ranged between Rs.125 to Rs.130 per gram in the recent months based on the price of the four precious metals. The coins can be bought at www.jewelsouk.com and for buying in bulk one can contact the helpline 022 61087555

Lumineux Uno will be promoted in India by “Leading Jewelers of the World” with an aggressive promotional campaign in print, magazine and social media. 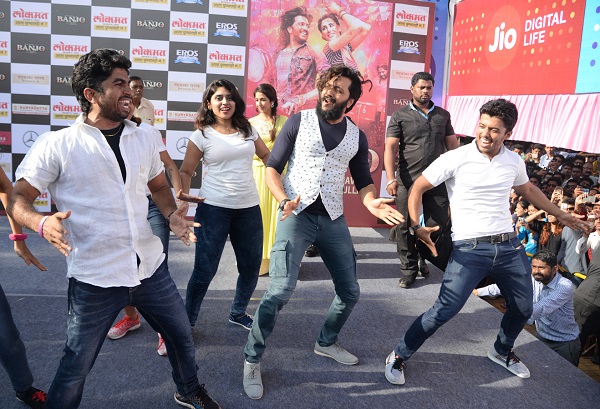